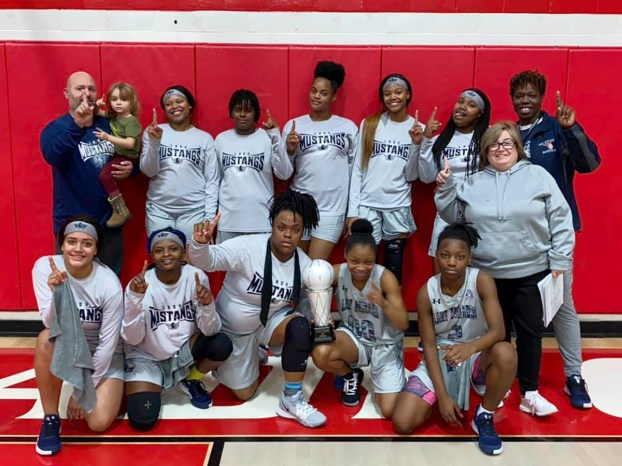 Courtesy Photo The WO-S Lady Mustangs rolled to the title at the Hull-Daisetta Tournament.

The Lady Mustangs went a perfect 4-0 to cruise to the title.

In the four games she averaged 18.7 points per game and 11.7 rebounds to earn double-double status.

Aniah Henderson averaged 7.5 points and 6.2 rebounds a game while Gabby Tims averaged nine rebounds and over six assists a contest.

The Lady Mustangs will look to continue their winning ways when they take on Silsbee at home in District 22-4A action at home Tuesday, Jan. 7.

WINNIE – The West Orange-Stark Mustangs wrapped up the East Chambers Tournament with a pair of nice victories.

The Mustangs defeated Liberty 65-51 behind a pair of nice double-doubles from Labarius Spraggins and Shemar Manaway.

The Mustangs fell to the Livingston Lions in another game 54-46.

The Mustangs will return to action Tuesday, Jan. 7 as they will face Silsbee on the road in District 22-4A action.

LITTLE CYPRESS – There was plenty of great action at the LC-M Tournament as it wrapped up Tuesday. The host... read more