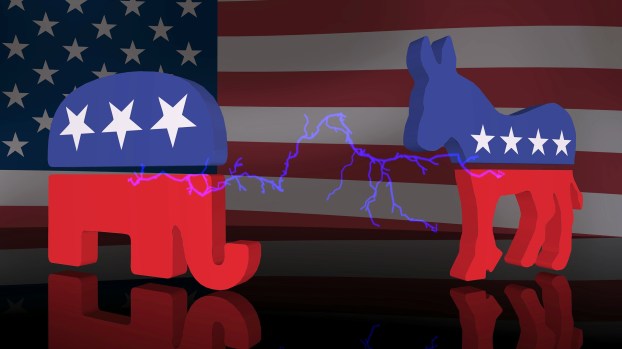 Americans have been watching a political game of pinball as it played out in Washington over the last few months – actually a couple of years. That game has been dominated by the US House of Representatives, which in turn is dominated by representatives of the Democratic Party.

Recently the House passed articles of impeachment against the President of our country.  But they apparently want to retain control since these articles have not yet been “delivered” to the US Senate for prosecution.

If and when these articles produced by the Democratic representatives are delivered, the Republican-led Senate will proceed with the equivalent of a trial. It is generally accepted that the Senate will not find the President guilty, following political party lines just as the House of Representatives did.

As I was thinking about that (which often gets me in trouble), the thought occurred to me to take a look at the geographic region where the Speaker of the House comes from for more insight into how it all relates to us here in Texas.

Nancy Pelosi represents the 12th US District in San Francisco. According to her website, “Pelosi is fighting For The People, working to lower health care costs, increase workers’ pay through strong economic growth and rebuilding America, and clean up corruption for make Washington work for all.” Somehow, this sounds an awful lot like the words of President Trump, her mortal enemy. Interesting how politics work, eh? I’m thinking of a mirror image, looks the same but is actually the opposite.

California has the largest population of any US state with 39.5 million while Texas is in second place with 28.3 million. Between the two states, more than 21% of the nation’s population.

White people are in the minority in both states.

Sales Tax rates are pretty much the same in both states, 8.19% and 8.56% average in Texas and California respectively.

HOMELESS: A recent HUD report shows 129,972 homeless in California, including 50,000 in Los Angeles alone. That same report identified 25,310 homeless people in Texas, half as many as in LA. At the city level, four of the five cities with the highest rates of unsheltered homelessness are in California: San Francisco, Los Angeles, Santa Rosa, and San Jose. Seattle joins the California municipalities in the top five.

COST OF LIVING: Investopedia lists New York as the most expensive city in the US; San Francisco (home to Mrs. Pelosi) comes in second place.  Four of the other eight most expensive cities in the top 10 are in California. On the flip side, based on US Census data, three of the top 10 cheapest cities to live in with more than 100,000 people are in Texas. According to CBS News, the town with the nation’s lowest cost of living is Harlingen, Texas, located in the state’s southernmost tip and with a population of 74,950.

LAND: The US federal government controls almost 40% of the land area in California, but less than 2% of the land in Texas.

JOBS: Recent Texas annual employment growth exceeded California from 12% to 180% in each of 5 top sectors. In 2017, Texas gained 406,400 nonfarm jobs compared to 339,600 jobs in California with a much larger population.

According to Forbes Magazine, while the two states have significant similarities, “They also feature diametrically opposed political governance, with California favoring higher taxes and bigger government compared to Texas. These policy differences are likely the main reason why Texas has seen stronger employment growth, as small business owners, Fortune 500 companies, and investors alike seek the greater opportunities available in Texas.”

For me, I’m happy in Texas. Not just the economy. It’s the quality of life. The people are nicer, more friendly. There is less hatred.

And given a choice between Blue and Red politics, I’ll choose the Red, maybe just a shade of purple. But, then again, I’ve been color blind all of my life. Just ask my wife.

We need a new deal for housing

I’ve worked hard my whole life and will probably never own a home. This is a policy shame, not a... read more