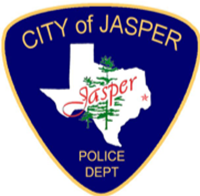 Officers from the Jasper Police Department were at approximately 8 p.m. on Saturday were dispatched to the Hope Village Apartments located at 700 Pollard Street after it was reported that a 14 year old boy had text 911 dispatches and advised he had been shot in the leg by his father who had fled the scene.

Officers arrived and knocked on the apartment door but could not get anyone to answer.  Officers breached the door and found that the female resident and her 5-year-old granddaughter were fine and did no know the juvenile who sent the text to 911.

Officers searched the apartment complex but did not locate anyone needing medical help or anything related to the texts to 911.

The juvenile continued to text stating he had left the apartment complex and was at the store near them receiving help which Officers also found to be false.

Officers believed at this point the texts were a prank.

Detective Hadnot was assigned the case on Sunday.

Hadnot and School Resource Officer John Hardin were able to locate the 11-year-old male juvenile suspect by the phone number used in the false 911 text.

The juvenile will be turned over to Juvenile Probation and filed on for False Report – Misdemeanor A.

In a press release, the Jasper Police Department wants to stress how dangerous a prank like this could be.  Officers entered the home of a person not having any idea of what was happening which could result in either the homeowner or officers being hurt or killed. Charges will be filed in cases such as this due to their serious nature.

PRESS RELEASE — Hope everyone had a very Merry Christmas. I had a perfect one. I wish everyone a Happy New... read more