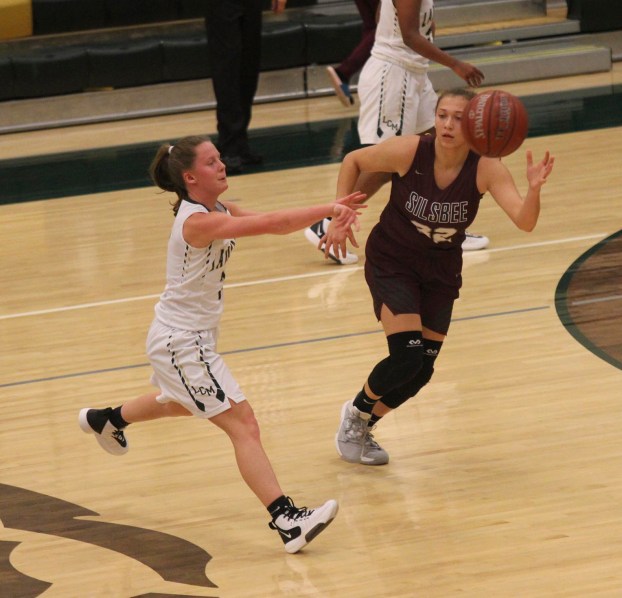 LITTLE CYPRESS – Despite a cold-shooting night, the Little Cypress-Mauriceville Lady Bears made a strong rally late to take the lead only to see the Silsbee Lady Tigers escape The Grove with a 37-36 victory to open up District 22-4A play.

The Lady Bears (7-5, 0-1) trailed 29-21 entering the fourth quarter but took a 33-31 lead with a little more than two minutes left on two Chelsea Perry free-throws.

However, the Lady Tigers (1-0 in district) six of the final nine points of the game and Ahlayia Henry hit what was the game-winning free-throw with just 0:13 remaining.

Both teams struggled from the field throughout the opening 22-4A battle.

The Lady Bears scored 15 of their points in the final quarter. The Lady Tigers were held without a field goal in the final eight minutes but did sink 8-of-12 foul shots.

Post Akira Ray tallied a game-high 16 points, 11 of them coming in the second half and she also had five rebounds.’Keyana Crockett had six points for the Lady Tigers while Emily Williamson, Erica Williamson and Miy’Joi Hill each scored five points. Henry paced Silsbee with seven rebounds while Erica Williamson hauled down five.

The game was tied at 7-7 at the end of the first quarter and Silsbee led 17-15 at intermission as the two teams combined for 30 first-half turnovers.

The Lady Bears will look to bounce back Friday when they host Hamshire-Fannett.

WINNIE – The Orangefield Lady Bobcats improved to 2-0 on the young District 22-3A season with a 55-44 road win over the East Chambers Lady Buccaneers Tuesday night.

The defending 22-3A champion Lady Bobcats darted out to a 20-9 cushion by the end of the first quarter.

Jacey Bourque had a huge night for the Lady Bobcats in notching a double-double. The guard poured in 20 points, snagged 15 rebounds and had five steals.

Faith Fregia had 16 points for the Lady Bobcats, who outrebounded EC 38-26.

WOODVILLE – The LC-M Bears went on the road and snagged a nice 79-69 victory over the Woodville Eagles Tuesday night.

Jesse Doucette certainly had the hot hand for the Bears as he fired in a whopping 29 points.

Scout Denman poured in 12 points for the Bears while Da’Marion Morris notched 10 points and nine assists.

The Bears will visit Tarkington Friday.

Here is the University Interscholastic League’s State Football Championship Game schedules. All games are being played at AT&T Stadium in... read more