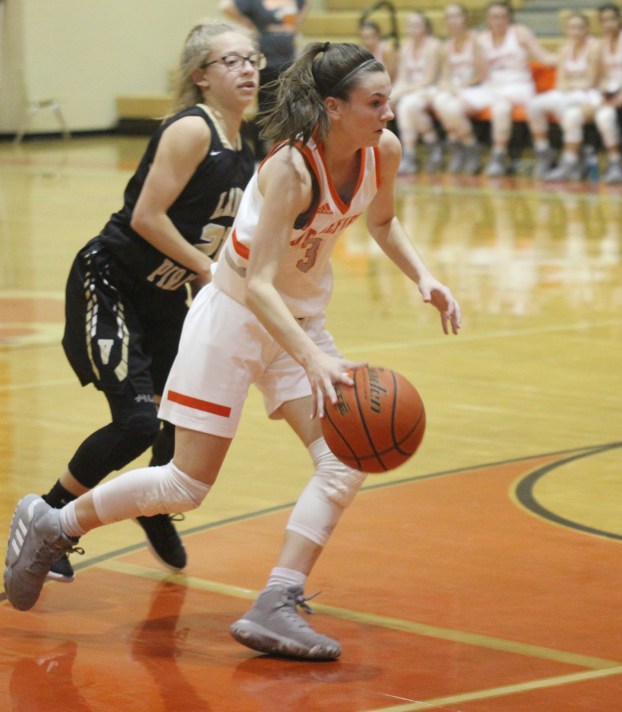 Van Wade/Orange Leader Orangefield's Jacey Bourque heads to the basket against Vidor at the Tennison Tournament.

ORANGEFIELD – The Orangefield Lady Bobcats made quick work of the Liberty Lady Panthers 80-26 in their early game at the Tennison Tournament Friday.

The Lady Bobcats blew the game open with a 25-8 run in the first quarter and never looked back.

The Lady Bobcats forced Liberty into 30 turnovers while they just had 11. Both teams finished with 33 rebounds.