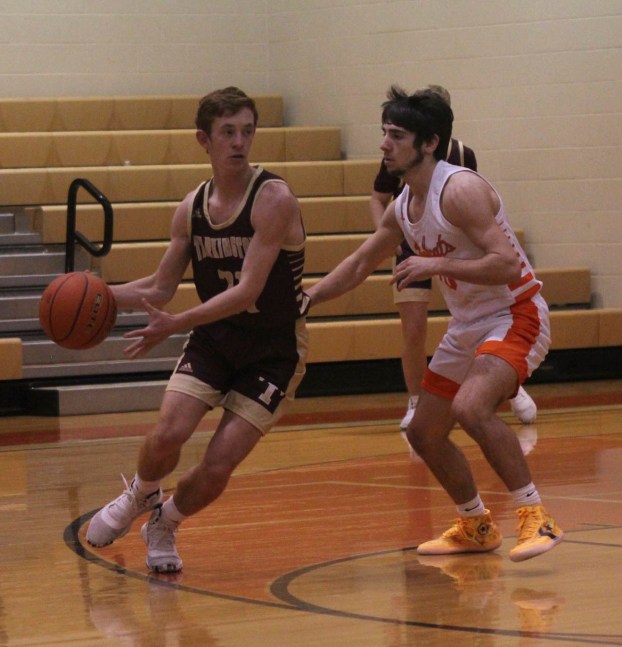 ORANGEFIELD – After struggling on the offensive end for three quarters, the Orangefield Bobcats finally found their groove in the fourth period as they went on to defeat the Tarkington Longhorns 38-35 at Bobcat Gym Tuesday night.

The Bobcats (5-6) trailed the Longhorns 25-22 entering the final quarter of play but erupted for 16 points in the final eight minutes to nail down the win.

Kaiden Dubose paced the Bobcats with a game-high 13 points, all of them coming in the second half. It was his slashing drive game that kept the Bobcats toe-to-toe with the Longhorns down the stretch.

It was a Dubose three-point play after a great drive that finally put the Bobcats up to stay at 38-35 with 0:32 remaining. He scored all seven of Orangefield’s points in the third quarter and added six more in the fourth.

Bryce Bergeron and Chase Broussard had four points apiece in the fourth quarter, all of them coming after Tarkington had scored on their end.

Bergeron finished with nine points while Broussard had six. Coy Bryant had eight points for the Bobcats and buried two three-pointers.

The Bobcats trailed 8-2 in the first quarter but tied it at 8-8 at the end of the period after a three-pointer by Bryant and a three-point play by Bergeron.

The Longhorns received two big three-pointers from Carley in the second quarter that helped give them a 18-15 cushion at intermission.

The teams battled to a 7-7 stalemate in the third quarter as the Longhorns maintained their three-point lead heading to the fourth.

The Bobcats finished with a 22-19 rebounding edge. Dubose and point guard Clayson Choate led the way with four rebounds apiece.

The Bobcats finished with 20 turnovers, 13 of them coming in the cold first half, while the Longhorns had 19.

Both teams struggled from the free-throw line as the Bobcats were 3-of-7 and the Longhorns finished 3-of-10.

The Bobcats will be busy Thursday through Saturday by hosting the Tennison Tournament in Bobcat Country.