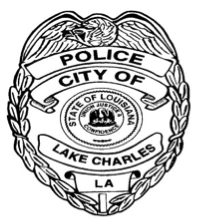 On Monday December 9, 2019, Officer’s with the Lake Charles Police Department’s K-9 and SWAT divisions conducted an investigation in reference to attempting to locate a juvenile suspect, wanted in connection with an Aggravated Burglary and 1st Degree Murder.   These charges stem from an incident that took place in Eunice, Louisiana, in December of 2018.

At approximately 11:00am, Lake Charles Police Department SWAT team members and K-9 officers located and apprehended the juvenile suspect in the 1300 block of St. Mary Street.  As a product of the arrest, in addition to the Aggravated Burglary and 1st Degree Murder warrant, the juvenile suspect is receiving charges of:

Illegal Possession of a firearm

Possession of a Firearm in a gun free zone

Possession of a stolen vehicle

Following the arrest, the juvenile suspect was turned over to investigators from the Eunice Police Department.

Arrest made in stabbing on Monday

From staff reports Sandral Griffin, 43, of Beaumont, was arrested for Aggravated Assault for the stabbing of another woman on... read more