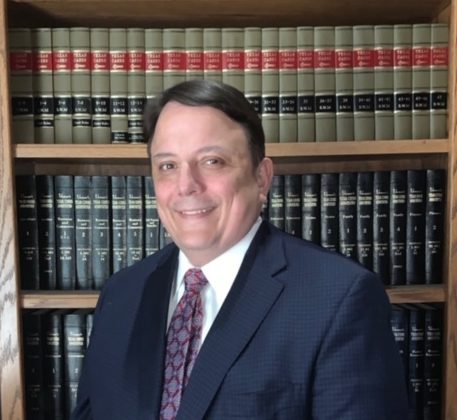 While at Tech, I served as Freshman Class President, a Student Senator, and was student body Vice President.  After college, I attended law school at the University of Texas School of Law in Austin, graduating in 1996.  While in Law School, I participated on various mock trial teams and was part of the American Bar Association Negotiations Championship team.  While in law school, I also received a Faculty of Laws from the University of London, after spending a semester studying there.

After graduating from law school, I practiced law for a year in Beaumont for Offerman & Associates, primarily representing banks and lending institutions.  In 1997, I moved to Orange and went to work for Steve Carlton & Associates, which eventually became Carlton & Catt, P.C.  In 2012, I started my own practice, Catt Law Firm, P.C., where I have been practicing since.

Over the course of my 23-year career, I have handled thousands of cases for my clients, primarily individuals and small businesses.  I have essentially maintained a general practice throughout my career. My cases have included every area of the law over which the 163rd Judicial District Court presides.  I have tried family law, personal injury, criminal, and civil cases both to judges and juries.  My experience makes me the unique candidate in this race, as I have a far more diverse and well-rounded practice, which is essential for district judges in Orange County who hear cases of every type rather than being courts of specific jurisdiction.

I have served as President, Secretary, and Treasurer of the Orange County Bar Association.  In my free time, I have spent countless hours working with young people, both coaching various sports and working with youth at church.  I have served as both a deacon and elder at church.  I have also served as a director of the Fox Whole Family Foundation, a foundation established to help families who have a loved one battling breast cancer and youth through school and sports activities.

My wife Angelique (formerly Brint) and I just celebrated our 22nd anniversary and have three children:  Alex (20), Valentin (19), and Sydney (17).  I am honored by the overwhelming support of both the lawyers in Southeast Texas and also from members of law enforcement.  I am also grateful to my treasurer, Michael Berry, for his invaluable support and help with my campaign.

My goal as a judge would be to ensure that each person seeking their day in court has the opportunity to be heard as expeditiously as possible.  I also believe that every person appearing in court has the right to be treated with dignity and respect.  I believe that justice should indeed be blind; that is to say, each case should be judged fairly and impartially.

Story over a cup: A Happy Nomsgiving to You

Michael Cole In our house, it is just my wife and I. Well, that and our four furbabies. So after... read more