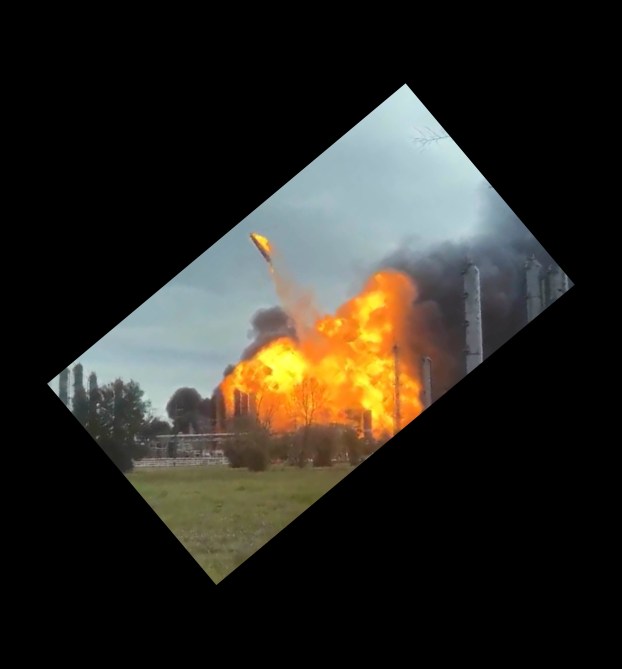 Another explosion was heard just before 2 p.m. on Wednesday in Orange County at the TPC Group plant on fire in Port Neches.

The explosion sent more flames and smoke into the sky where a fire has been burning since approximately 1 a.m.

Jefferson County officials have ordered that all Port Neches and Groves residents are to evacuate at this time.

A TPC Group official said the refinery followed its own emergency plan as flames shone in the overnight sky and smoke continued to billow from an explosion that occurred early Wednesday and injured three people.

Assistance from the Port Neches Fire Department, Huntsman and Sabine Neches Chiefs Association helped TPC reduce the fire from its Texas Highway 136 Spur facility, but a thick, black plume of smoke has constantly moved southward, and residents may have begun experiencing irritation from the smoke.

A toll-free phone number was established for those who sustained damage to their property as a result of the explosion. Those who were affected may call 866-601-5880.
Jefferson County Judge Jeff Branick said TPC officials hope the materials burn themselves out and hope to keep surrounding tanks cool by spraying water from the Lower Neches Valley Authority channel.
Troy Monk, TPC’s director of health safety and security, reiterated neither the cause of the explosion nor the chemicals that may have been sent into the air are known.

Two TPC full-time employees and one contractor were sent to the Medical Center of Southeast Texas for treatment, with one of the employees later transferred to Houston Memorial Hospital. Monk declined to discuss the extent of their injuries, but all three have been released.

TPC employs 175 people, with an additional 50 working on site as contractors. Monk estimated 27 to 30 people were at the site at the time of the explosion.

TPC has set up an emergency operating center at Huntsman Port Neches.

City of Orange continues to monitor the situation at the TPC refinery in Port Neches. City officials have been monitoring the events since they have occurred and have been communicating with Orange County and other area officials.

Currently, there have been minimal effects reported in eastern Orange County.

The City of Orange advises everyone to stay updated on the situation through local media, and to avoid the area until the situation is resolved, according to a press release.

The City of Orange asks to keep those working to contain and extinguish the fire and those affected by it in your thoughts and prayers.