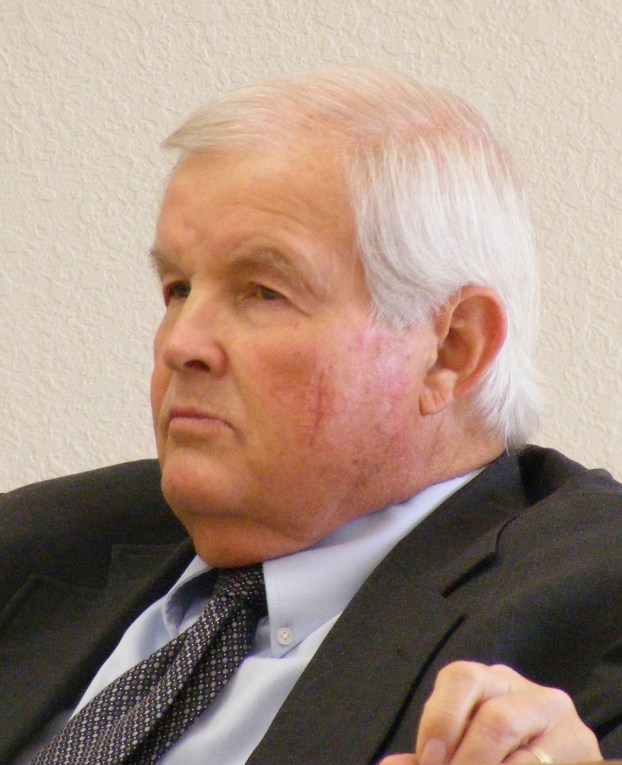 Parkhurst was an icon in the community who held several positions and was a retired educator.

Born on August 10, 1942, in Tatum, Texas, Joe’s family moved to Orange when he was 4. He was always proud of growing up in the Cove and attending school there where he made lifelong friends. He attended high school at Bridge City where he participated in all sports but specialized in baseball where he was a left-handed pitcher.

After high school, he attended Sam Houston State University where he continued to play baseball and later was the sports news director for the university. He graduated with a degree in journalism and English. Later he would continue his education and get a master’s degree in guidance and counseling at McNeese State University in Lake Charles.

He was a teacher at Bridge City and West Orange, and a counselor at West Orange and at LC-M High School for more than 30 years. Upon retiring from education, Joe was elected Precinct 1 Justice of the Peace in Orange County. He served the county 12 years and retired a second time.

Next, he served as Pinehurst city administrator and retired a third time. He enjoyed serving the Little Cypress area as part of Emergency Services District 3 for more than 40 years, and president of ESD3 board of directors for more than 30 years. He was a member of Little Cypress Lions Club and always enjoyed attending the Wednesday lunch bunch gatherings as well as Friday lunch with long-time Cove friend Tommy Hoffpauir, according to his obituary at Claybar’s Website .

When Parkhurst retired from Pinehurst City Administrator, he commented he hoped his retirement would be longer than previous retirements, one of which was three hours long.

Parkhurst retired as a counselor at noon and was sworn in as Justice of The Peace at 3 p.m. that same day.

Parkhurst often said that he felt his purpose on earth was to help and encourage others. He touched numerous lives and helped countless individuals during his life. He loved being from Orange and his loss will be felt deeply.

His son, Steve Parkhurst, is a State District Judge in Orange County.

Funeral services will be at 2 p.m., Wednesday, November 27, 2019, at North Orange Baptist Church. Officiating will be Pastor Matt Chandler of Life Church in Orange. Burial will follow at Hillcrest Memorial Gardens in Orange.

Visitation will be held prior to the service, beginning at 12 p.m., at North Orange Baptist Church.

Joe was preceded in death by his parents, Lawrence and Lillian Parkhurst; and his beloved grandson, Indy Parkhurst.

A Very Motown Christmas show set for this weekend