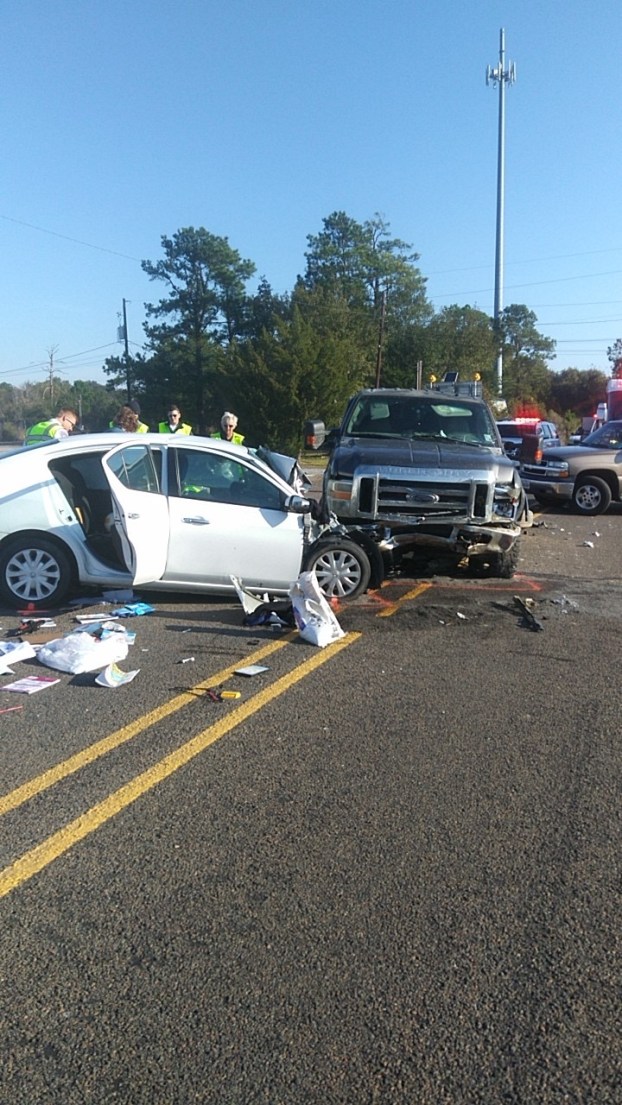 Eric Williams/The Orange Leader A fatal wreck just before 8 a.m. on Monday on Dupont Drive at Adams Bayou resulting in the death of a Nederland woman.

Orange Police are investigating a crash that claimed the life of a Nederland woman. The crash happened Monday morning in the 2100 block of Dupont Drive in Orange shortly before 8 a.m.

According to Orange Police Detective Captain Robert Enmon, the driver of a 2016 Nissan Versa, struck a Northbound Ford F-350 head on. The impact claimed the life of Dana Barnes, 41 of Nederland.

The driver of the Ford truck was not injured from the crash. Barnes was pronounced deceased on scene by Orange County Justice of Peace Hershel Stagner.

An autopsy has been ordered and no criminal charges or citations were giving to the driver of the Ford Truck.

The case remains under investigation by the Orange Police Department.