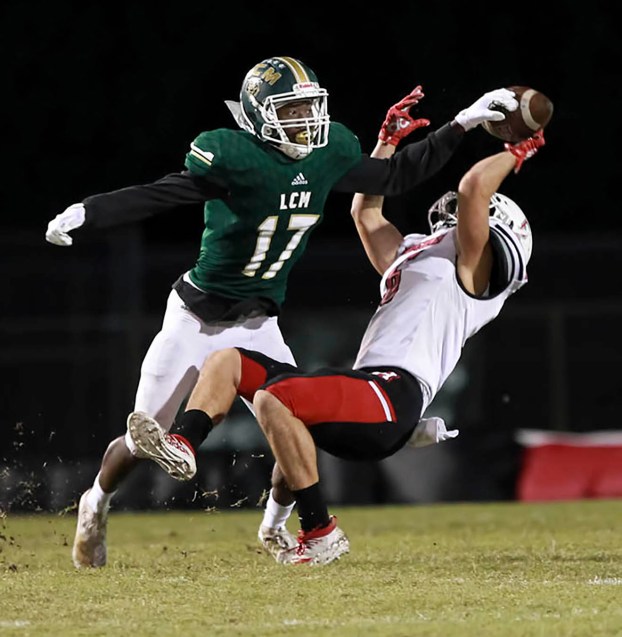 LITTLE CYPRESS – Seeking their first playoff victory since 1997, the Little Cypress-Mauriceville Battlin’ Bears are turning their focus on the Stafford Spartans as the two squads will battle in the Class 4A Region III Division I bidistrict playoffs Friday night at 7 p.m. at Channelview High School.

The Spartans definitely like to spread things out with their offense.

They have a quarterback in Cameron Peters that has shown a good arm and swift legs. He has passed for more than 1,000 yards and is the team’s second leading rusher behind the explosive Jadon Winston.

Peters also has a standout go-to receiver in Ty’Dedrick Anderson.

The Bears will look to stop a two-game losing streak after falling to district champion Huffman two weeks ago and a 20-14 overtime loss at Lumberton last week.

LC-M will look to lean n its spread offense and the continued stellar play of senior quarterback Ethan McCollum to try to navigate through the Spartan defense.

McCollum passed for 163 yards and two scores and ran for 84 yards at Lumberton last week. He has passed for 1,322 yards for the season and has rushed for 811 yards.

He will look to spread the ball out to talented receivers D.J. Williams along with Brendon Pollock and D.J. Spears, who each hauled in TD receptions last week.

The Bears also got nice production from running back Da’Marrion Morris, who rushed for over 60 yards.

LC-M is seeking its first playoff win since 1997 when they defeated Sweeny 17-14 in the regional semifinals. The Bears then went on to fall to eventual state champion La Marque in the regional final that year.

The LC-M-Stafford winner will face either Crandall (9-1) or Kilgore (5-5) in the area round next week.

Cardinals will try to rattle Navasota

BRIDGE CITY – After a two-year absence, the Bridge City Cardinals fought their way into the postseason with a big... read more