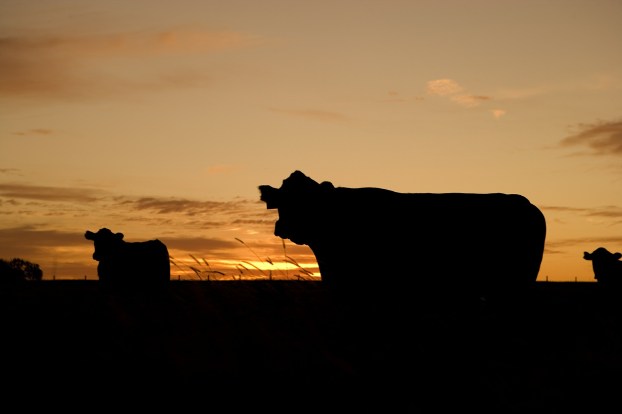 Hitch your wagon to the right horse 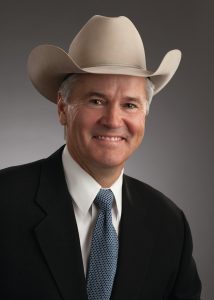 The ranching and agricultural community is an amazing thing. When disaster strikes, we’re always there for one another and ready to lend a helping hand. When it comes to policy and political issues, though, we often find ourselves more fragmented.

There’s an expression I’ve heard occasionally from politicians. It goes something like, “if you want to vote for a candidate who agrees with you on every single issue, you better run for office yourself.”

you’re talking about a political candidate or the beef industry, there’s a lot of truth to that saying. Cattle producers may not always agree on every issue, but that’s okay.

So, if you are a cattle producer or landowner, how do you figure out where to hitch your wagon? Who is going to represent you and your interests best?

That’s a personal decision you’ll have to make, but the process is simple. You need to know where the organization stands on the issues and, more importantly, how they came to that conclusion. Is it based on emotion and speculation, or is it grounded in science and data?

At TSCRA, we pride ourselves on making rational, well thought out decisions based on the facts. We have an extensive process to decide what issues we support or oppose, and those decisions are made by our members.

Unfortunately, there are other organizations out there who use emotional arguments. They do not have legitimate science and data to support their position, so their rhetoric is designed to elicit a knee-jerk reaction.

The perfect example is mandatory country-of-origin labeling (MCOOL). On its face, it sounds like a good idea. Make sure American consumers can choose American beef, and the increased demand will drive up prices.

Some organizations, like R-CALF and the deceptively named Organization for Competitive Markets, will seize upon issues like this during times of market turbulence. It’s the perfect time to elicit an emotional response from cattle producers dealing with low prices.

But TSCRA opposes MCOOL. You may wonder why.

Even though it sounds good, the data and research show a different reality. Mandatory COOL does not provide a benefit and is, in fact, harmful to you as a cattle producer.

A study was commissioned by USDA and completed by independent researchers at the University of Kansas. In announcing the results, the researchers, “found no evidence of meat demand increases for MCOOL covered products — those products sold at retail locations such as supermarkets. Because general meat demand has not increased, and the meat industry, as a whole, has experienced lower quantities and higher costs to implement the additional labeling procedures, MCOOL has led to net economic losses.”

The study used real-world data since MCOOL was the law for six years. That data showed an intrusive and unwieldy government program wasn’t the answer.

By the way, the key word in this discussion is mandatory. We strongly support voluntary labeling programs. There are numerous options for producers who want to connect with consumers who value local or U.S. beef. Those programs rely on American marketing expertise instead of government bureaucracies and tend to be more successful at driving demand.

Proponents of MCOOL often assume cattle prices are driven solely by the existence of or lack of MCOOL. Cattle prices are actually determined by a wide variety of factors — herd numbers, weights, weather and supply of other proteins, to name a few. When MCOOL was repealed in 2015, cattle prices had already been declining for more than a year but got a bump when it was repealed.

Further, MCOOL violated international trade law. The World Trade Organization ruled against MCOOL and the U.S. four times. If it had not been repealed, we would have been hit with more than $1 billion in retaliatory tariffs each year from both Canada and Mexico.

While MCOOL was never shown to increase demand, those tariffs certainly would have tanked demand and driven prices down.

It’s not about big versus little. Half of our 17,500 members own 45 or fewer head of cattle. It’s also not about local versus distant. Those who value buying local have that option already. Mandatory country-of-origin labeling is a matter of economics, and the economics do not work.

I could go on, but it is important that you know we’ve spent untold hours studying MCOOL as an association and getting feedback from members.

The bottom line is, we are basing our decisions on the best available data and research. We will leave the emotional, knee-jerk rhetoric to the folks at R-CALF and OCM.

When it comes to policy and politics, not all cattle groups are the same. Be sure you know where they stand and how they determined their stance. As for TSCRA, we are always happy to talk with you one-on-one about questions and concerns, and we will always hitch our wagon to the facts.

Robert E. McKnight, Jr. is president of Texas and Southwestern Cattle Raisers Association. TSCRA is a 142-year-old trade association and is the largest and oldest livestock organization based in Texas. TSCRA has more than 17,500 beef cattle operations, ranching families and businesses as members. These members represent approximately 55,000 individuals directly involved in ranching and beef production who manage 4 million head of cattle on 76 million acres of range and pasture land primarily in Texas and Oklahoma, and throughout the Southwest.

My Five Cents: Examining the implementation of House Bill 3

I am very grateful for many things in November…my family, friends, and hunting season. I am also grateful for the... read more