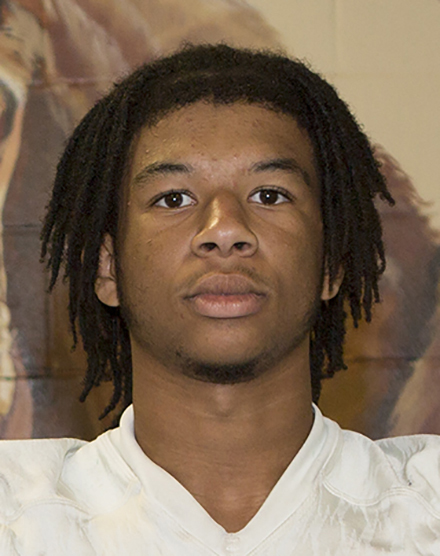 Raiders rally to trip up Bears in OT

LUMBERTON – The Little Cypress-Mauriceville Battlin’ Bears saw a 14-0 lead get erased late as they fell to the Lumberton Raiders 20-14 in overtime in a battle for the second-place playoff seed out of District 11-4A Division I.

The Bears (5-4, 3-2) will now go into the playoffs as the third-place seed and will face District 12-4A runnerup Stafford in the 4A Region III Division I playoffs next week while the Raiders (6-3, 3-2) earned the second seed.

LC-M and McCollum dodged an almost interception on the first play of the Bears opening series, but recovered in fine fashion. McCollum ripped off five consecutive passes, capping the drive with a 23-yard touchdown pass down the middle to D.J. Spears. The Bears led, 6-0, following the missed extra point with just over six minutes left in the first quarter of play.

The Raider offense continued to show no grit as they quickly went three-and-out on the next possession. The Bears would take over the ball at their own 37 yard line following off-setting penalties.

McCollum kept his hot hand going completing 10 in a row heading into the second quarter. After pass completions to Spears and D.J. Williams, Da’Marrion Morris took off for a 40-yard run off the edge putting the Bears at the Raider one yard line. Following a penalty that set the Bears back five yards, McCollum hit Brandon Pollock for a six-yard touchdown pass pushing the Bears out front, 14-0, following the two-point conversion with just over nine minutes left in the first half. Morris finished the night with 61 total yards of offense.

McCollum railed off 12 consecutive passes after opening the game with an incomplete pass. He notched 84 yards rushing on the night in the loss to Lumberton. The two squads went back-and-forth the duration of the first half with the Bears holding a 14-0 lead.

The Bears received the second half kick-off, but opened with an ugly drive plagued and marred by penalties. The Bears eventually would punt to the Raiders after amassing 55 yards in penalties including a 60-yard run by McCollum that was negated and would have had the Bears inside the Raiders 10 yard line.

LC-M clung to their lead throughout the third and much of the fourth quarter. Unfortunately, the Raider offense would come alive and show some fight. Raider quarterback Drake Boykin found a weakness in the Bears and after a few dink-and-dunk pass plays, he’d find Brittain Alfero for a 61-yard touchdown pass down the right sideline. The Raiders pulled within one score, 14-7, following the extra point with 8:50 remaining in the fourth quarter of play.

The Bear offense had gone cold in the fourth quarter and they would again hand the ball back to the Raiders. Regan Koch took off for a 23-yard run pushing the Raiders into Bear territory and eventually capped it with a 4-yard dive. The extra point after the score would tie the game and eventually send it into overtime with the score tied at 14.

The Bears took the ball first to open overtime. The offensive production by the Bears was at a stalemate. Pollock took a toss from McCollum and attempted a pass play, but was intercepted by Alfero to give the Raiders a chance to shock the Bears and Bear fans that braved the cold weather.

The Raider offense continued to stay hot and kept with their ground game. Splitting carries between Koch and Stinnett the Raiders would polish off the comeback win. Koch trotted in from four yards out to put the Raiders up and over the Bears, 20-14, after one overtime. Koch finished the night with two scores and 54 yards with most of the yards coming in the final quarter of play.

Ply, Cardinals bolt to playoffs with win over Splendora

BRIDGE CITY – Behind the swift legs of tailback Rylan Ply and a little help from the Lumberton Raiders, the... read more