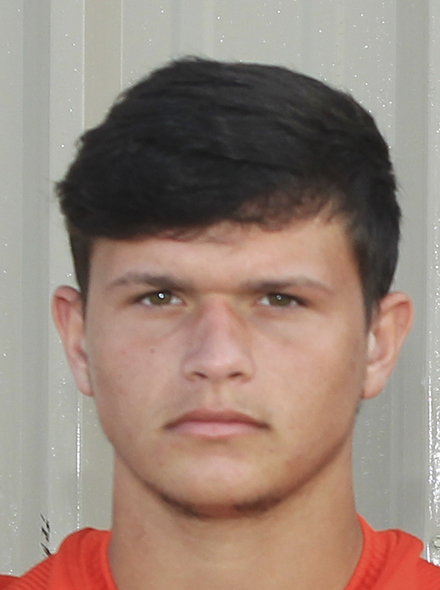 WARREN – Chase Broussard and Heston Puckett led a strong Orangefield rushing attack Friday night, as the Bobcats ran past the Warren Warriors, 37-6, in a District 12-3A-D1 matchup at Warrior Stadium. Broussard and Puckett combined for 215 yards while the Bobcat offense totaled 313 yards on the night.

The win pushes the Bobcats (8-1, 5-1) into a big battle at home next Friday night when they host the Anahuac Panthers (5-4, 5-1) with the winner earning the second-place playoff seed out of 12-3A.

The Warriors (2-7, 0-6) took the opening kickoff and quickly went to their ground game using a heavy rotation of running backs. The Warriors moved into Bobcat territory after starting from their own 32. Unfortunately, the drive would stall, and the Warriors turned the ball over on downs at the Bobcat 25.

The Bobcats went right at the Warrior defense with Broussard ripping off a big 12-yard gain to get things started. Clayson Choate and Kade Franklin both chipped in with big runs leading to a Broussard touchdown that pushed the Bobcats ahead, 6-0, after the failed two-point conversion.

Warren started the ensuing possession at their own 40. The Warriors would try to mix things up by going to an aerial attack. Kaeden Evans would be there to intercept the pass attempt, running the ball down to the Warriors 1. One play later Evans hurdled defenders to notch the Bobcats second touchdown of the night. The Bobcats led, 14-0, at the end of the first quarter of play.

It was a defensive battle during the second quarter with both teams digging in and not allowing any points scored. Warren quarterback Michael Mouton, led his Warriors on a lengthy drive that put them in scoring position with Sklyer Lofton and Collin Stanly going right into the heart of the Bobcat defense. The Bobcat defense held strong forcing the Warriors to turn the ball over at the Orangefield 27.

The Bobcat offense saw itself in a similar situation starting deep in Warriors territory. Following big runs that were negated by penalties, Heston Puckett slipped by defenders for a 45-yard run, rumbling past midfield. The Warrior defense would show their grit as they stalled the Bobcats, forcing a turnover on downs at the Warrior 11. Bobcats clung to a 14-0 lead at the half with 165 first half yards rushing.

Orangefield opened the second half receiving the kickoff. The drive started at their own 35 and wasting no time, the Bobcats marched 65 yards with Broussard again trotting in for a short touchdown which was his second score of the night. Orangefield led, 22-0, with 9:05 left in the third quarter of play.

Mouton and the Warrior offense finally found some space in the Bobcat defense. Mouton launched a shot down the sideline to Ryan Sharp that went for a 61-yard touchdown strike to put the Warriors on the board for the first time. The Warriors pulled closer, but still trailed, 22-6, following a failed two-point conversion. Mouton finished the night with 85 yards on 5 of 14 passing with two interceptions.

It took just six plays for the Bobcats to answer back and drive 55 yards to extend their lead, 30-6, just before time expired in the third quarter of play. Broussard again answered the call turning the corner for the score.

Following another Warrior turnover on the ensuing possession, the Bobcats crafted a conservative drive that went 80 yards for another Bobcat score. Gunner Jones went over the pile for a one-yard touchdown drive to essentially seal the game for Orangefield with a, 37-6, with under five minutes remaining in the game.

Warren will close out its season at home next week against district champion East Chambers.

By Caleb Adams The Orange Leader LIBERTY – The West Orange-Stark Mustangs made it look easy Friday night as they... read more