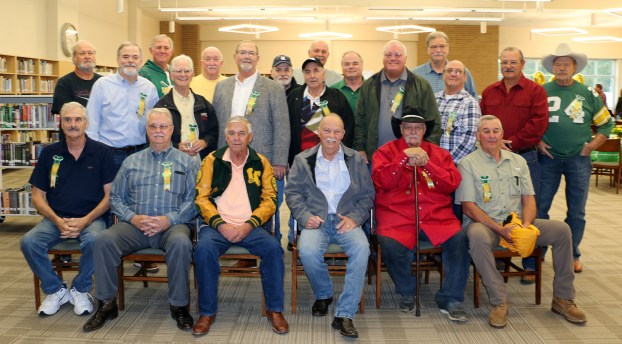 On Friday night, October 25, at Little Cypress-Mauriceville High School was packed with a variety of events. It began with a reception for the 1969-70 Little Cypress football team and coaches who had a perfect 10-0 season. This group was also recognized during halftime at the game.

Bobcats slam the door on Woodville, 31-0