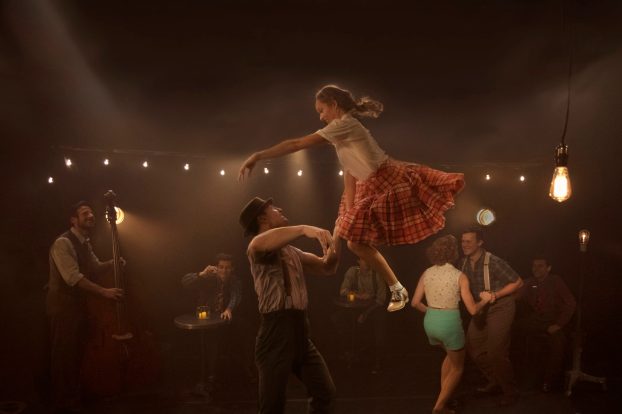 When NBC announces a national competition to find the nation’s next great musical superstars, Donny sees a lifeline for himself and some fellow veterans that give them the purpose they so desperately need. Together, they form a band unlike any the nation has ever seen. Along the way, they discover the power of music to face the impossible, find their voice, and finally, feel like they have a place to call home.

The Lutcher Theater will be honoring Veterans in attendance with Lapel Pins and special pre-show recognition.  Explore the nostalgic ties between Southeast Texas and World War II history as you experience the story of Bandstand live on stage at Lutcher Theater.

In the late 1930s and early 1940s, World War II had a dramatic impact on the city of Orange, Texas. Almost overnight the small town, with its some 7,000 residents, became a bustling “booming” city of approximately 60,000 residents.

Shipyards began building ships again, and other local industries were expanded to meet tremendous wartime demands. A U.S. Naval Station was installed, and additional housing was provided for thousands of defense workers and servicemen and their families.

Tickets for Bandstand begin at $55 and are available online. Performance schedule, prices, and cast are subject to change without notice. For more information, visit www.lutcher.org.