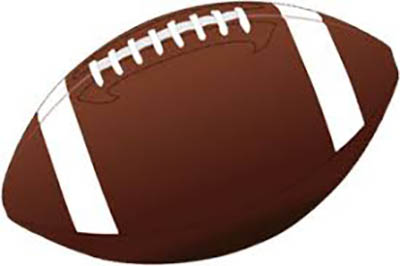 On Thursday night the Orangefield Bobcats had the Woodville Eagles swoop into town for a great night of football that was kicked off by the amazing all girls junior high choir directed by Mrs. Pelham singing the National Anthem.

The 7th grade started the night off sluggish but eventually figured it out as the game went on but still fell short 28-16. The offense had a few puppeteers pulling the strings tonight being led by some punishing runs from Fernando Sandoval-Rodriguez. The magic man Coach Drouillard had some smoke and mirrors going on tonight with some razzle dazzle passing from Zachary Morrow who threw for 57 yards and a touchdown. Devin Perri-Koci was on the receiving end of most of that with a 32 yard catch and run. Sandoval also must have found his tackling fuel last night because he was filling up the stat sheet with numerous tackles.

The 8th grade lost a very hard fought defensive battle 12-6. This was by far the most physical match that they have partaken in this year and just fell short. Kyle Michael was punishing players all night totaling over 100 yards and scoring the Bobcats lone touchdown. Coach Drouillard was not finished with his smoke show because he drew up a doozie that allowed Kane Smith to connect with Zane Wrinkle who made a circus catch while toeing the sideline for 41yards. Coach Legate is very proud of his defense that shut out the Eagles in the second half to keep us in the game all night coming up with 3 crucial turnovers when it mattered most late in the game. The defensive line was anchored all night by Diego Garcia, Akilles Garcia, and Brayden McGee while Dustin Helm and linebacking core Lane Gibson, Logan Cheek, and Kyle Michael kept their backs at bay.

The Bobcats take the show on the road next week for a Halloween brawl with the Warren Warriors.