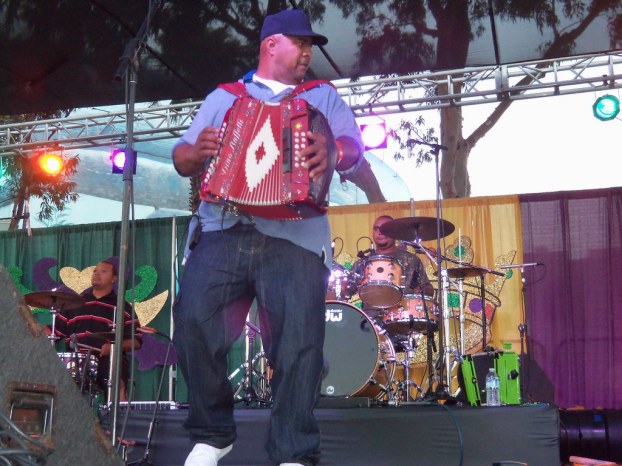 Keith Frank performs during Together Thursday

The second installment of Together Thursday, a free concert series sponsored by Dow, Keith Frank, and the Soileau Zydeco Band will perform from 6 p.m. – 7:30 p.m. at Riverfront Boardwalk and Pavilion located at 601 West Division Street in Orange.

Keith Frank, from Louisiana, formed the band in 1990 and released their first album in 1994. With 18 albums, he is sure to please the crowds.

Keith Frank has been a prolific leader in Zydeco. Starting at a young age along with brother Brad and sister Jennifer, Keith knew playing music was his passion. He’s toured internationally and received numerous awards and accolades. His latest cd release, “Return of the King”, reached Billboard charts yet again. His music encompasses a mix of musical genres, according to festivalinternational.org

Residents are encouraged to gather before the concert to socialize.

Food and drinks are available for purchase.

Pets will not be allowed at the Riverfront Boardwalk and Pavilion but coolers will be welcome.

Early voting off to slow start