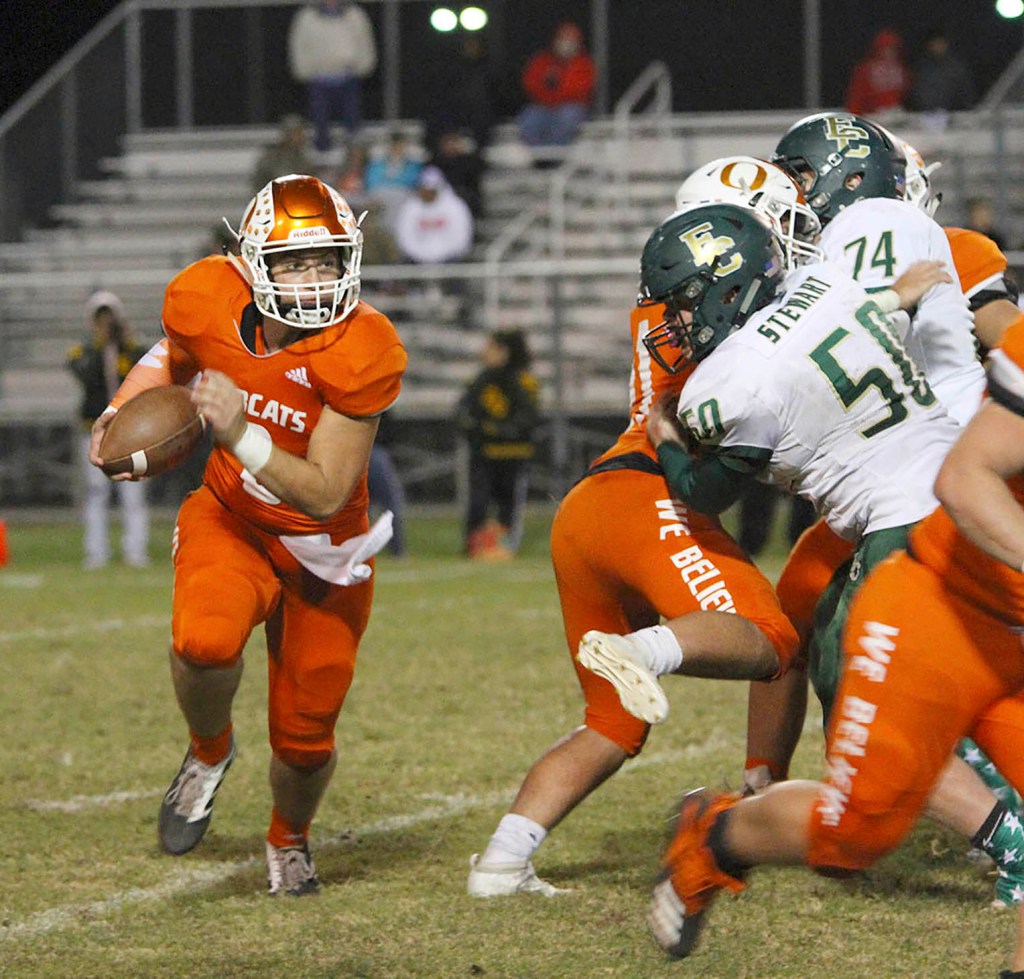 ORANGEFIELD – After a hard-fought 28-23 loss at the hands of the East Chambers Buccaneers last week in a huge District 12-3A Division I tilt, the Orangefield Bobcats will look to start another winning streak as they turn their focus on a road trip Friday night to face the Hardin Hornets.

The Bobcats (5-1, 2-1) fought the first-place Bucs tooth-and-nail for four quarters but they need to get past that one in a hurry to face a Hardin (3-3, 1-2) unit that stunned them at home last year 22-20 that dampened the Bobcat playoff hopes a season ago.

The Hornets were stunned by Kirbyville 25-15 last week as they also look to have a bounce-back game.

Hardin was a playoff team last season as they went 7-4. Veteran coach Larry Haynes welcomed in just four starters on each side of the ball this season.

The Hornets lead 12-3A in passing, averaging nearly 170 yards a game behind quarterback Austin Potetz. Potetz has completed 52-of-80 passes for 828 yards and five TDs. He is also the team’s leading rusher with 331 yards and four TDs on 40 carries.

It should be a great matchup between the Hardin receivers and a strong defensive backfield of the Bobcats that features the likes of Cade Brown, Clayson Choate and Kaiden DuBose. Orangefield allowed a season-high 310 yards against a swift EC East Chambers offense but is only allowing 202 yards a game for the season.

The Bobcats will look to keep Hardin’s air arsenal on the sidelines by utilizing there balanced Slot-T attack to chew up the yardage.

Gunner Jones triggers the Bobcat offense at quarterback as Orangefield is averaging close to 300 yards a game.

Heston Puckett leads the Orangefield ground arsenal with 322 yards and three TDs on 63 carries. Chase Broussard, who had two TD runs against East Chambers, has 305 yards and four TDs on 31 carries while DuBose has 244 yards and six TDs on 23 totes. Hunter Ashworth had a nice game against the Bucs, zipping for 60 yards on 10 carries and a score.

Last season, Hardin’s graduated standout tailback Darius White had 196 yards on 26 carries to lift the Hornets past the Bobcats. Hardin outgained the Bobcats 301-207 in the victory.

Next week the Bobcats return home to tangle with the Woodville Eagles while the Hornets will venture to Anahuac. 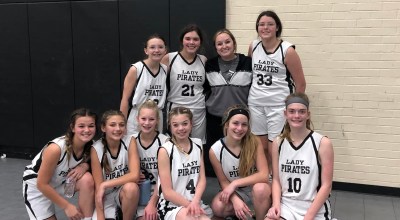 7th grade A team against WOS