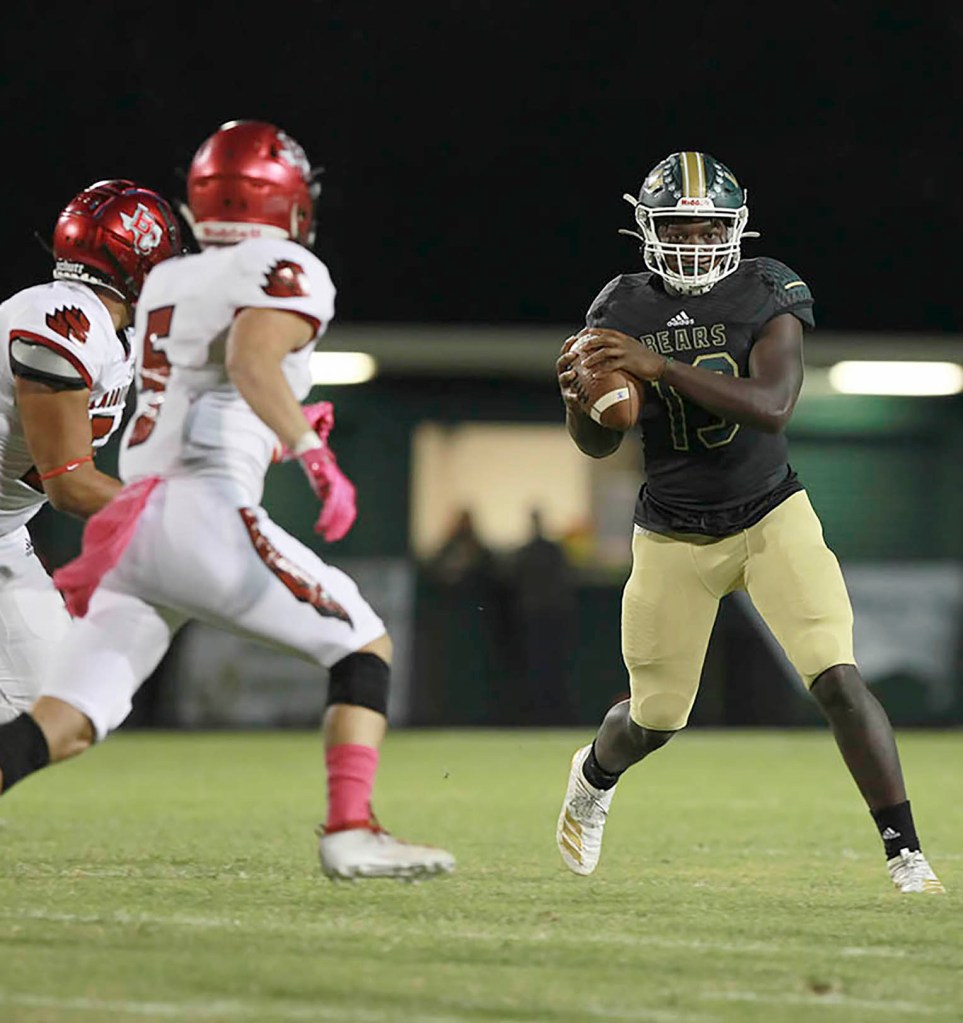 LITTLE CYPRESS – The quest for a playoff push began for the Little Cypress-Mauriceville Battlin’ Bears last week as they picked up a 26-14 victory over the Bridge City Cardinals to crank up District 11-4A Division I play.

The Wildcats got their 11-4A campaign off on the right foot as well as they tripped up Livingston 48-15 last week.

Splendora captured their first district title last season since 2007 in a 10-2 campaign and look to continue its winning ways.

The Wildcats returned six starters on each side of the ball this season, including some excellent skill people.

Thorndyke passed for 1,450 yards and 19 TDs last season and is on pace to shatter that this season.

He has an excellent group of receivers to get the ball to and their passing game has created some long plays thus far. Thorndyke’s go-to receiver is Tyler Gamble. Gamble had 1,018 yards and 14 TDs receiving a season ago and leads the way thus far with 17 catches for 329 yards and seven TDs. Jagger Kennedy (10-189-1) and Dylan Matthews (8-191-2) have also shown flashes with the big catches.

Andrew Hernandez leads the Wildcat ground game with 323 yards and two TDs on 54 carries while Zane Obregon has 179 yards and three TDs on just 12 carries.

After trailing the Cardinals at the half 14-7 last week, the Bears roared to 19 unanswered points in the second half to secure the victory.

The Bears received 145 yards rushing and four TDs from McCollum along with 115 yards passing and tailback Landon Bearden zipped for 91 yards on 17 carries.

The Bear offensive line did a great job in controlling the line of scrimmage.

McCollum now has 706 yards passing and 465 rushing for the season as he continues to be an outstanding duel threat.

Receivers Brendon Pollock, D.J. Williams and D.J. Spears have made key plays as well for the Bear offense.

Defensively, the Bears had one of their best defensive performances last week, limiting the Cardinals to 203 yards, just 71 in the second half.

Last season’s contest was a barnburner as Splendora held off the Bears at LC-M 38-34.

Thorndyke passed for 202 yards with Gamble catching six passes for 143 yards while Wildcat back Jessie Paris had 113 yards on 21 totes.

The Bears will return home next week to host the Livingston Lions for Homecoming while the Wildcats venture to Huffman to face the Falcons.