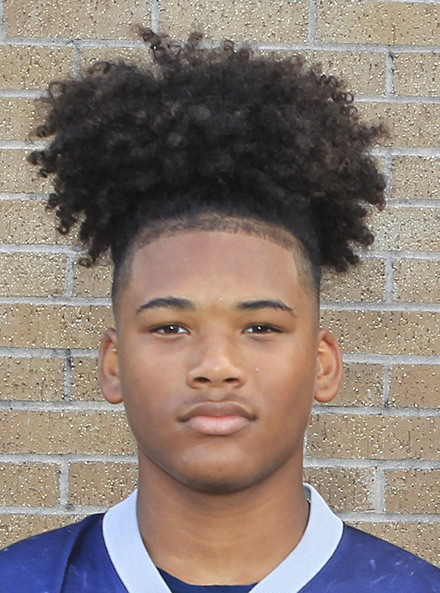 SILSBEE – Two stout defenses faced off Friday night making for an interesting opening District 10-4A Division II matchup between the Mustangs of West Orange -Stark and the Silsbee Tigers, both considering themselves district favorites. Hard knocks and game clock were all against the Tigers as the Mustangs rolled out of Tiger Stadium with an important 17-9 victory.

It was the Mustangs defense that rose up when it counted the most as it forced the Tigers into four turnovers on the night.

The Mustangs (4-1, 1-0) would win the coin toss and elected to kick to the Tigers (2-4, 0-1). The Tigers started at their own 25 after the Mustangs kicked it into the end zone where the Tigers would take a knee. Just three plays later, Tiger running back Chris Martin took off for a 34-yard run on fourth down to bring the fans to their feet. However, penalties and the Chain Gang defense of WO-S stalled the Tigers drive forcing them to punt near midfield.

WO-S offense had similar results on their first possession. Following a bobbled snap and loss by quarterback Jerren Terrell, the quarterback would find Jayson Zeigler Jr. for a 33-yard catch and run. The Silsbee defense would fight back, forcing the WO-S offense to punt back to the Tiger offense. The Mustangs mustered just 23 yards in the first quarter of play.

Fans had little to cheer about throughout the remaining minutes of the first quarter with both squads going three-and-out on back-to-back possessions with hard-nosed defense. It was with less than two minutes left in the quarter before the Tiger offense got firing on all cylinders.

The Tigers started the drive at their own 28 and running back, Draylon Taylor ripped off back-to-back 15 yard runs. Following three no-gain plays, the Tigers went back to Taylor on fourth down. Taylor went untouched up the middle then toed the right sideline for a 29-yard gain as time expired in the first quarter. Taylor polished off the drive with a six-yard dive into the end zone for the first score of the night. The Tigers led 7-0, following the extra point with 11:18 remaining in the 2nd quarter. Taylor had 66 yards on the drive for the Tigers.

It was a back-and-forth ball game the duration of the second quarter. Penalties, mishaps and blown plays plagued both teams Friday night. The Mustangs were moving the ball well just before the half. Terrell found Andre Thomas Jr. for a 23-yard pass to move the ball past midfield and would hit Elijah Gales for a 30-yard pass before the clock expired ending the first half with the Tigers ahead, 7-0.

After both teams opened the second half much like they left the first half with little-to-no offense, the Mustangs finally exploited a weak Tiger secondary. Gales ripped off three big runs to set up a Mustang touchdown and their first score of the night. Ja’Quailon Chaney capped the drive with a 5-yard touchdown run to tie the game, 7-7, with 6:45 remaining in the third quarter. Gales had 93 yards of total offense on the night.

The Tigers attempted to answer back, but the turning point of the game was the Mustangs stopping the Tigers on fourth and inches, shifting the momentum to the Mustangs. The Tigers defense did hold the Mustangs, but unfortunately for the Tiger hopefuls, Jaden Jones would intercept Tiger quarterback Raymond Foster on the next play.

WO-S took advantage of the Silsbee turnover and marched down the field. Terrell connected with Zeigler for an 11-yard touchdown in the corner of the end zone. Following the extra point, the Mustangs led, 14-7, with just over 11 minutes left in the game. Terrell passed for 155 yards on the night on 11-of -20 passing.

Foster would toss another Tiger interception two series later with less than four minutes remaining in the game. The Mustangs took their time driving the field and sealed the game with a 31-yard field goal by Angel Ibarra, putting the game just out of reach, 17-7, for the Tigers. The Mustang defense forced four turnovers on the night.

LITTLE CYPRESS – Snagging 19 unanswered points in the second half, the Little Cypress-Mauriceville Battlin’ Bears nailed down a big... read more