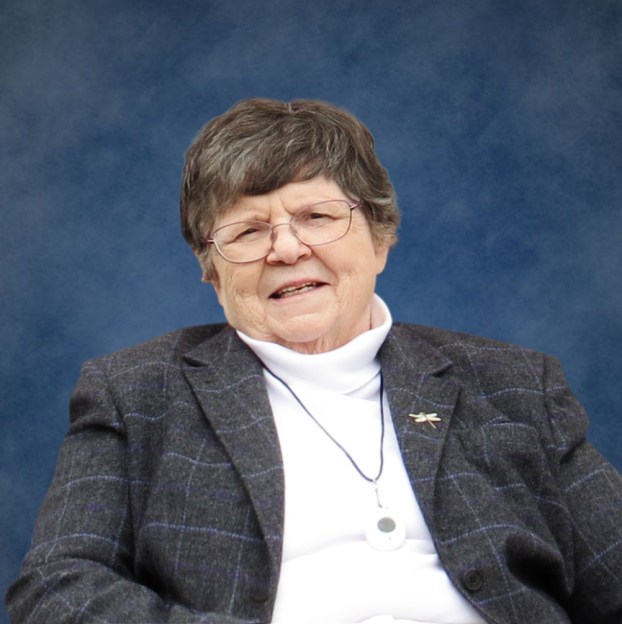 Barbara Sunderland Rives – wife, mother, and grandmother – took her first breath in Heaven on Tuesday, October 8, 2019, after a lengthy battle with cardiac and pulmonary disease. She was 78. Visitation will be on Monday, October 14, from 5-7 p.m. at Piersall Funeral Directors, 733 Butternut St. Funeral services will be on Tuesday, October 15, at 2 p.m. in the Piersall Funeral Chapel, with burial to follow at Buffalo Gap Cemetery.

Born in the central Pennsylvania mountain community of McVeytown, Barbara enjoyed playing basketball and singing in the choir during high school. She attended David Lipscomb College, where she graduated with a BA in math education in 1963. During college, Barbara studied flute, played in the band, and sang with the A Cappella singers, directed by Charles Nelson. In later years, the opportunities to hear Charles sing or to meet at performances was always a special treat. Music has always been an important part of her life, and she passed this joy on to her daughters as well as the many flute students in her home studio in Orange, Texas, and in many years of community performances.

Barbara met her future husband, Jim Rives, at church one Sunday in Wilmington, Delaware, where she was teaching math in the public schools. They married on December 17, 1966 and celebrated almost 45 years of marriage at the time of his death. They were faithful members of churches of Christ wherever they lived, most recently attending Southern Hills church of Christ in Abilene.

After Jim’s work relocated him to Orange, Texas and they raised their daughters, Barbara furthered her professional interest in math education by receiving a Master’s in Education from Lamar University-Beaumont (1987) and Doctorate of Education from the University of Houston (1992). She taught math courses at Lamar State College Orange for more than 20 years, frequently leading teacher quality grants with the goal of improving teaching through innovative and highly interactive techniques.

During retirement and after their move to Abilene, Barbara enjoyed growing and cultivating cactus and succulent plants, achieving certification as a Big Country Master Gardner and Master Naturalist in the process. She also served on volunteer boards of Texas Garden Clubs and the Botanical Research Institute of Texas.

Barbara is survived by her daughters Betsy (and David) Colwell and Marcia (and Greg) Straughn, both of Abilene, and five granddaughters: Emily and Megan Colwell and Eva, Anna, and Mattye Straughn. In addition, she is survived by her nieces and nephew Deb Ritchey, Donna Benson, and Dan Sunderland and their families. She was preceded in death by her husband, Jim Rives, her parents, Steward and Sara Sunderland, and brothers Klare and Randall Sunderland.

Barbara’s family expresses their thanks for the outstanding care provided by Visiting Angels, Home Instead, Lyndale Senior Living, Wesley Court, Abilene Regional Medical Center, and the Hendrick Hospice Care Center. The family is especially grateful for many years of compassionate care provided by Dr. Thomas Headstream and his office staff. Memorials may be made to the Barbara Sunderland Rives Endowed Nursing Scholarship at Abilene Christian University (PO Box 29132, Abilene, Texas 79699). Condolences may be offered to the family online at www.pbfuneraldirectors.com.