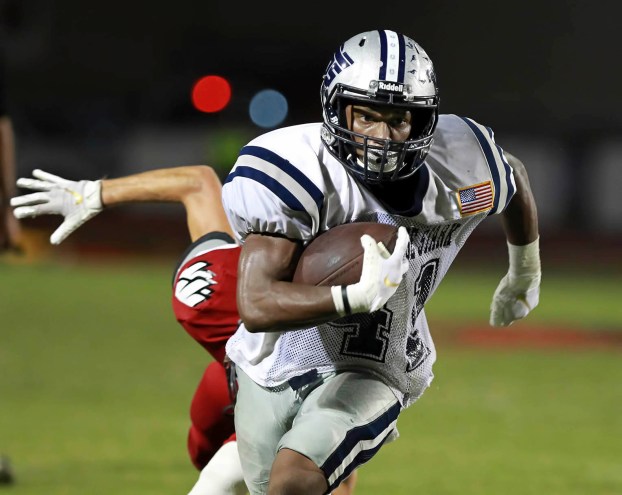 Mustangs head to Silsbee for big 10-4A opener

SILSBEE – It may be the first District 10-4A Division II battle of the season for both the West Orange-Stark Mustangs and the Silsbee Tigers Friday night at Tiger Stadium, but down the road it could prove to be the most important one as far as playoff seeding and district title implications.

The Mustangs (3-1) downed the Tigers 24-21 at home last season and went on to win their eighth straight district titles. However, the Tigers (2-3) scrambled back in the postseason by downing the Mustangs 19-9 in a rain-fest at Texan Drive Stadium in the 4A Region III Division II Finals.

It’s been a “strange” season for the Mustangs thus far as they missed two huge non-district contests against Crosby and Jasper last week due to weather conditions. They have certainly been able to cut down their injuries but it has hampered them as well, specially in trying to get some of their younger guys valuable experience before district play cranks up.

The Tigers, with a high-powered offensive attack, have certainly put up big numbers but their young defense has done the same as well in looses.

Silsbee certainly has the offensive firepower to get the job done.

Silsbee (10-5), which returns seven offensive starters from last year’s state semifinalist squad, is loaded at the skill positions for Coach Randy Smith with the return of quarterback Raymond Foster, who passed for 1,270 yards and 18 TDs along with the trio of backs Dralyn Taylor, Chris Martin and Antonius Arline, who teamed up for 3,382 yards on the ground and 36 TDs. That same quartet have been putting up big numbers again this season.

The Mustangs dominated the Bridge City Cardinals in every phase of the game in a 46-7 win in their last game.

Mustang quarterback Jerren Terrell has completed 42-of-69 passes for 491 yards and three scores and has rushed for 87 yards and two TDs.

Sophomore tailback Elijah Gales has darted for 542 yards and eight TDs on 69 carries. Fellow sophomore JaQualion Chaney had a big outing against Bridge City, zipping for 89 yards and a score on 13 carries.

Receivers Chavon Crawford and Jayson Zeigler have combined for 18 catches for 114 yards while Artavious Samuel has six catches for 116 yards.

The Mustangs lead the all-time series against the Tigers 23-4.

The Mustangs will have their bye weeks next week before hosting Hardin-Jefferson Oct. 25. Meanwhile, the Tigers will host H-J next week.

The other 10-4A opener Friday will have a surprising Hamshire-Fannett team (4-1) hosting H-J (0-5) while Liberty has their bye week.

ORANGEFIELD – Getting off to one of the best records in school history, the Orangefield Bobcats will face a huge... read more