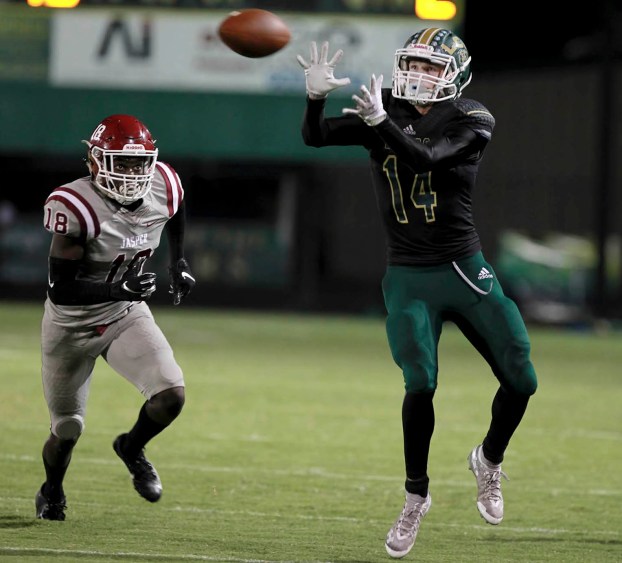 LITTLE CYPRESS – Two old long-time Orange County rivals will crank up their District 11-4A Division I schedule against each other Friday night as the Little Cypress-Mauriceville Battlin’ Bears will welcome in the Bridge City Cardinals to Battlin’ Bear Stadium.

Both teams should be rested as they had their bye weeks last week.

The Bears will check in with a 2-2 mark while the Cardinals stand at 1-3.

The Bears have notched wins over Woodville (21-7) and downed Hardin-Jefferson (29-14) in their last game while dropping a pair in the middle to highly-ranked 4A units in West Orange-Stark and Jasper.

Both teams were not able to play games due to Tropical Storm Imelda as the Bears missed a contest at Vidor and the Cardinals missed a game at Silsbee.

The Bears were certainly impressive in their home win over Hardin-Jefferson before entering their bye week.

LC-M controlled the game most of the way, breaking away from a 7-7 tie to build a 29-7 cushion.

Bear senior quarterback Ethan McCollum had a huge night for the Bears, totaling more than 300 yards, 179 in the air and 126 on the ground.

McCollum has passed for 591 yards this season and has rushed for 320 more in powering the Bear arsenal.

He likes to spread the wealth around to his receivers as well. The Bears have excellent receivers with good hands and solid speed, led by the likes of Brendon Pollock, D.J. Williams, Seth Carpenter and D.J. Spears.

Running back Landon Bearden adds a tough flavor to the mix as well as the Bears certainly like to keep opposing defenses on their toes with the spread offense.

The Cardinals certainly remain a young team that looks to continue to grow after a tough non-district schedule.

Sophomore quarterback Ethan Oceguera has had some shining moments toting the leather and throwing it and has cat-like quickness to find the open gaps. Fullback Andy Lara continues to be a load for opposing defense to try and handle.

In the Cardinals’ win over Anahuac, Oceguera ran for 150 yards and a pair of TDs while Lara had 137 yards and a score.

The Bears will visit Splendora in 11-4A action next week while the Cardinals welcome in Huffman.

Warren gets past Lady Bobcats