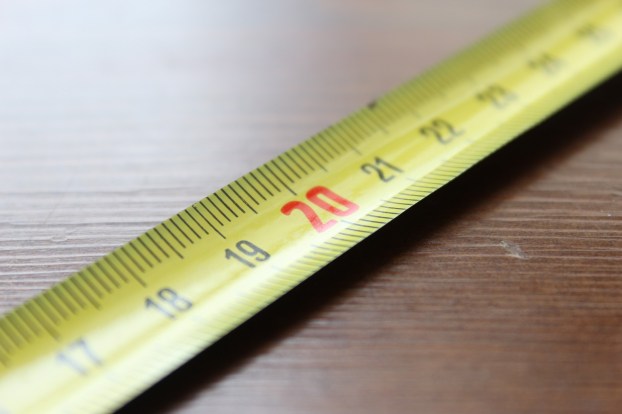 Story Over A Cup Episode V: The measurements strike back

It’s in the guy code: Thou Shalt Not Ask for Directions.

I think it’s the first guy commandment, brought down sometimes during that 40-year jaunt through the Sinai.

Even then, we didn’t ask directions.

He was lost and wasn’t going to break the guy code.

But, what women don’t understand is that not asking for directions also applies to other things.

Cooking. Why do you think Emeril said “bam!” and Guy talks about Flavortown?

They haven’t read the directions on how to cook whatever dish they are making and figure that making noise around fire and meat gets them closer to their hunter-gatherer roots. Not to mention, it distracts you from the fact that they have not read the cooking directions.

Driving. Notice that Google directions has a female voice? It’s cause even an artificial male voice would not allow another guy to break the code

Me: Google find this place.

Google male voice: What? You don’t know? You getting all soft and need help?

Me: No! I was just testing you. Find me a place I can find a gator to wrestle.

And so, the guy code came upon me. We needed to put down a new floor in the kitchen. We decided on the laminate.

After all, it was a DIY, and the toolman of the house could do it. After all, the box said great for DIY projects. And I had seen a show on it before. Well, I listened to the show while reading.

Okay, I flipped through the channels and caught about 30 seconds.

But those 30 seconds were the important bits. I was now fully versed on, and an expert at laminate floor laying.

I knew I needed to measure the room.

Off to the man’s Hobby Lobby.

The mecca of manly projects.

The place men spend their money.

But let’s be honest, most of us guys don’t have a clue what we are doing. So a simple project takes at least four trips because we “forgot” something.

After all, the man code.

So I grab the tile. A clerk asks me if I had bought underpadding.

What? Oh, yes. I was headed to that aisle next. He understood the code. He coughed and pointed to it right in front of me.

Hmm, I think, I might need a rubber mallet. It was in the aisle.

I did not need to ask for directions on how to install it or where to find a single part.

Back at home, I began our project.

I had the square pencils that no sharpener will fit.

I love the smell of sawdust in the morning.

So, my wife and I were involved in our project.

Gently tapping it into place.

We were a floor-laying machine.

That is until we ran out of tile…

My wife looked at me. She asked if I measured it.

Of course I had.

Then she asked me if I wrote down those measurements and took them to the store with me.

That part had eluded me.

But the man code was clear. You do not admit you need directions.

“How so?” She asked dubiously.

“You see, I bought things in standard measurements,” I said. “You gave me a metric tape measure.”

I don’t think she believes me.

Ah well, back to Home Depot.