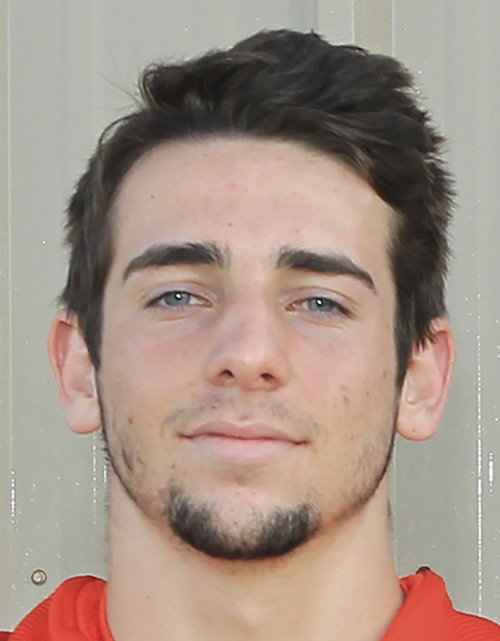 Bobcats use big second half to plow over Kirbyville, 54-28

KIRBYVILLE — It was a big road win for the Orangefield Bobcats Friday night as they beat the Kirbyville Wildcats 54-28 in in District 22-3A action at Wildcat Stadium.

After a rain delay the Bobcats (5-0, 2-0) came to life in the second half, with help from Clayson Choate’s speed and a great running attack.

This was a game of two halves, the Wildcats (0-5, 0-2) were able to stunt the Bobcat offense early and gain an early lead. Through the first half the Bobcats had trouble defending the run game and creating one for their own. After a lighting delay in the third quarter the Bobcats came out a new team.

Ramping up the offense significantly and scoring 26 in the third quarter to take the lead. The first half ended 15-15, but if you look at the final score you wouldn’t be able to tell it was the same game.

Choate would take over this game, producing points from all three phases of the game. Choate ran two kickoff returns for touchdowns, a 63-yard rush for a touchdown and an interception for a touchdown. His ability to just burst past defenders was unmatched from Kirbyville and he made them pay.

The Wildcats opened up the scoring with a rather quick drive to go up a touchdown early. Dilyn Bishop would connect on a 20-yard pass to receiver Caster Brandon to put the Wildcats in the red zone. Vanten Hutchinson would break another big play for 20 more yards and find the end zone. After the PAT the Wildcats led 7-0 with 8:34 left in the first quarter.

After the Wildcats stopped the Bobcats for the second drive, a bad snap resulted in points for the Wildcats. On the fourth down punt, a high snap into the endz one results in a Kirbyville safety as the Wildcats led 9-0 with less than a minute left in the first quarter to play.

Another strong drive from the Wildcats resulted in another rushing touchdown for Hutchinson. Bishop got the drive started with QB runs for multiple first downs to keep the drive going. Bishop would set them up for an 8-yard run from Hutchinson in the red zone for a touchdown. The Wildcats ledd 15-0 with nine minutes in the half to play.

Orangefield finally responded with their first points thanks to a kickoff return for a touchdown. Clayson Choate would field the ball around the 25, break a couple tackles and find a seam to jet through. After the touchdown and the PAT the Wildcats led was 15-7 with just under nine minutes left in the first half.

The Bobcats tied the game with a Hunter Ashworth break out run. Heston Puckett would run for 15 to setup Ashworth from the 32-yard line. Ashworth broke the initial tackleand he was off to the races. After quarterback Gunner Jones connected with Chase Broussard for the 2-point conversion it tied the game at 15-15 with five minutes left in the first half.

Broussard handed the Bobcats the lead with a big run. After a lightning delay, the Bobcats took over to begin the second half. Kent Micheal would get the first big run with a 24-yard run to cross midfield. The next play Broussard found a gaping hole and ran for 46 yards for the touchdown. After the PAT the Bobcats took a 22-15 lead in the third quarter.

The Bobcats stopped the Wildcats on the next drive and took their next possession with a mission to extend the lead. Broussard and Ashworth would open with a couple runs for first downs breaking through tackles left and right. Kaiden DuBose took a snap under center and took it himself around the outside to hit the pylon and score from three yards out. After the PAT the Bobcats went up 29-15 with 3:43 left in the third quarter.

The Wildcats punched back with a tough drive to close the lead heading into the fourth quarter. Hutchinson took over another drive alongside Bishop. The two accounted for all 60 yards of the drive until Hutchinson punched it in from the six. The Wildcats went for two but were stopped by the Bobcats, making the score 29-21 with 1:42 left in the third quarter.

Choate broke away on a kickoff for the second time on the ensuing kick to extend the lead again for the Bobcats. Choate slipped through defenders after fielding the ball at around the 15, taking it all the way to the house from 85 yards for his second kickoff return touchdown of the game. The PAT wouldn’t go through but the Bobcats led 35-21 with 1:28 left in the third quarter.

The Bobcats force the Wildcats back to their own 1 with a combination of penalties and sacks, to setup an easy touchdown. Jones would sneak it right behind the center for an easy one-yard touchdown to extend their lead in the fourth quarter. After the PAT was no good the Bobcats led 41-21 with 11:24 left in the game.

Choate was far from done though as he made another big play, but this time on the defensive side. Choate jumped a route right over the middle of the field and quickly made his way to the end zone from 52 yards out for his third touchdown of the night personally. The PAT would miss making the score 53-21 with 10:25 left to play.

Kirbyville didn’t give up and would score through the air with a big pass from Bishop. On third down Bishop rolled out to his left to find Brandon again for a long 55-yard reception for the touchdown. After the PAT the Bobcats lead was 53-28 with 8:38 left to play.

Choate continued his night to always remember, this time from the backfield. After a short first down, the Bobcats gave Choate the ball and he took it straight to the house. A quick 63-yard run would spring the Bobcats even further ahead in the fourth quarter. After the PAT the score is 60-28 with 7:33 left on the board to play.

The Bobcats return home next week to welcome in East Chambers while the Wildcats remain at home to host Hardin.

KIRBYVILLE – The Orangefield Lady Bobcats completed the first half of District 22-3A volleyball action by sweeping the Kirbyville Lady... read more