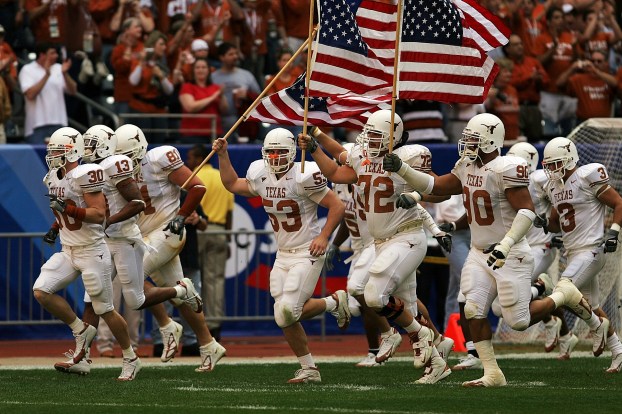 Image by Keith Johnston from Pixabay

Coaches who take their teams on the road to face storied football opponents usually tip-toe into town, feeling that the less said, the better. This is particularly true when they’re fortunate enough to win, and doubly so if they’re scheduled to meet the same foes the next year at “their place.”

A prime example of what NOT to do occurred a few weeks back in Austin, where Louisiana State University bested the University of Texas, 45-38. Before leaving town, comments in the visitors’ locker room are bound to become bulletin board material for the Longhorns when they battle the Tigers next year in Baton Rouge.

The comments made by LSU Coach Ed Orgeron are likely already burned into the minds of the UT mentors. Ed wasn’t happy with his team’s locker room temperature in Austin, and made tacky comments about the heat.

UT Athletic Director Chris Del Conte offered data that cooled Orgeron’s comments before they reached the boiling point. It seems that UT has internal sensors that offer detailed diagnostics like airflow and temperature in locker rooms on spreadsheets in 15-minute intervals..

Swampgate has been put to bed,” Del Conte said.

UT Coach Tom Herman likely will have “20-20 memory” of Orgeron’s comments when the Longhorns keep their 2020 date at LSU.

Volkswagen ad people may be on to something in their current campaign. Their logic seems solid. Their message counters tiring campaigns of others for the world to go ever faster.

There’s much to be said about the importance of “flower-smelling,” and of taking deep breaths every time possible along life’s way.

The ad doesn’t mention Volkswagen’s zero-to-60 speed. Instead, it brags about how quickly VWs can slow from 60-to-zero.

A common thread seems to avoid our taking ads too seriously. One emphasized that driving a VW “makes you look bigger.” Another showed a uniformed officer driving a bug with “POLICE” in big letters on the doors.

Under the photo was a two-word admonition: “Don’t Laugh.”

Each of us probably has favorite commercials. Who can forget Clara Peller’s repetitive questions about “where’s the beef?” Or, Maxwell House Coffee being “good to the last drop?”

Hallmark Cards scored “when we’ve cared enough to send the very best,” and Coca-Cola did well with its hands-held-across-the-world campaign to “teach the world to sing.”

A key to effective advertising, of course, is the aim for us to remember specifically the names of products that clever and/or amusing messages are promoting.

“What happens in Vegas Stays in Vegas” has had a good run, and often is jokingly used to assure the “muzzling” of goings-on in other places as well.

A slogan designed for possible use by promoters of Reno, Nevada, was left on the cutting room floor. It claimed Nevada’s capital city to be the dairy capital of the world.

Why? That’s where the “cream of the crop” used to go to be separated.

Another one was passed over by Pet Milk.

Their ad writers–as well as Pet Milk employees in general–grew weary of Carnation Milk’s claim that their milk “comes from contented cows.”

Here’s what they proposed: “Pet Milk cows are NOT contented. They are always trying to do better.”

Some ad campaigns backfire because they aren’t fully “thought through.”

There’s no better example than defunct Braniff Airlines’ slogan that boldly claimed, “We’re going to be on time.” Planes had large clocks mounted near the door. If arrivals weren’t on time–or very nearly–flight attendants handed out silver dollars as passengers deplaned.

The short-lived campaign ended abruptly on May 3, 1968, when Braniff Flight 352–en route from Houston to Dallas–crashed near Buffalo, killing all 85 persons on board. Some things are far more important than being on time.

Story Over a Cup: Episode IV: A New Hope

It is a time of strife. The dogs having succeeded in making enough noise and causing enough mayhem to have... read more