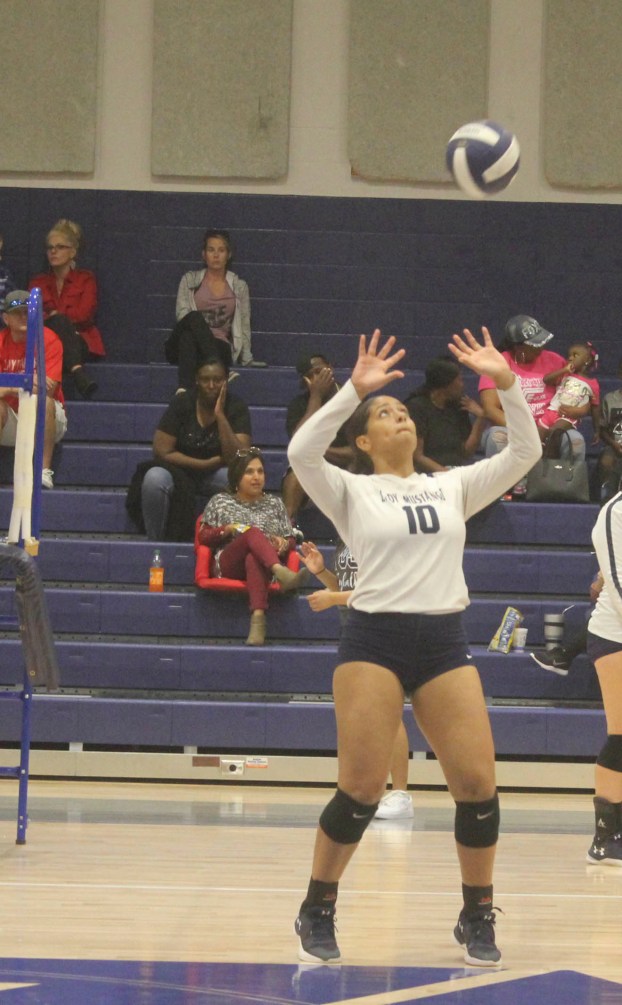 Lady Cardinals get through Lady Mustangs

WEST ORANGE – Dominating at the net and with their service game, the Bridge City Lady Cardinals downed the West Orange-Stark Lady Mustangs 25-9, 25-15, 16-25, 25-14 in District 22-4A volleyball action at Mustang Gym Tuesday night.

The Lady Cardinals had an 8-0 run in Game One to go along with a 6-0 run to pull away to take the game.

Bridge City rolled out to a 13-3 cushion in Game Two when Marlandria Hebert, WO-S’ top hitter for the season, went down with an ankle injury and did not return.

That seemed to inspire the Lady Mustangs as they fought hard the rest of the game before falling by 10.

The Lady Mustangs controlled Game Three all the way through and held their biggest lead at 20-9. The Lady Cardinals trimmed the lead to eight at one point but WO-S held on.

Jamyria paced the Lady Mustangs with six kills while Gabby Tims and Paris Overstreet had four apiece and Hebert finished with two.

Waverlee Cooper did a superb job setting up the Lady Cardinal offense throughout the match and also did it with her service game as she finished with 14 points and five aces.

KOUNTZE – The Orangefield Lady Bobcats improved their District 22-3A mark to 4-2 Tuesday night by blitzing the Kountze Lionettes... read more