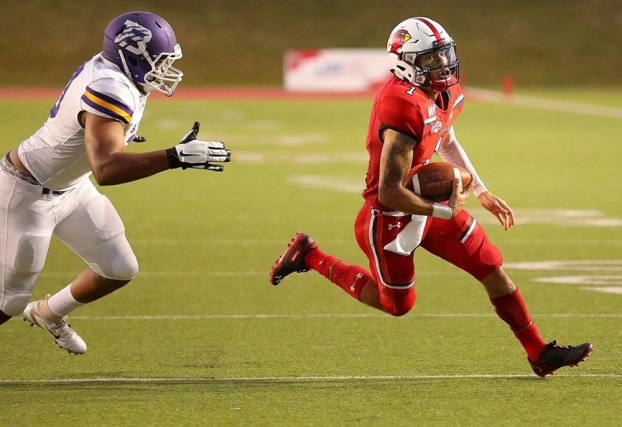 BEAUMONT, Texas – Lamar University returns home for the first time in three weeks when it hosts Stephen F. Austin Saturday for Homecoming. The Cardinals jumped out to a 2-0 start on the season but the past two weeks on the road have not been kind to the Red and White. The Cardinals (2-2/0-1 SLC) face a Stephen F. Austin program still looking for its first victory on the year. (0-4/0-1 SLC).

The Cardinals have the Southland’s third-best team in terms of total defense and leads the league in terms of pass defense — huge praise for a secondary that has had to battle through injuries during the early part of the season.

The Lumberjacks have struggled at times defensively this season ranked 11th in the league in total defense (544.8 ypg) and 10th in scoring defense, but those numbers are misleading when taken out of context. Last week, the ‘Jacks gave the defending conference champions everything they could handle trailing by only five midway through the third quarter.

The Cardinals lead the all-time series, 16-12 (.571), over SFA – a mark that includes a 9-6 (.600) record in Beaumont. The Cardinals have won two of the past three meetings including a seven-point victory last season in Nacogdoches. Saturday’s game marks the third consecutive year the two teams have met after a three-year hiatus on the gridiron.

With Homecoming comes the annual parade. Fans should note the northbound MLK feeder road from Virginia Street to East Lavaca will be shut down for the parade from approximately 2 p.m. to 2:45 p.m. Flint Hills Resources will serve as the official game sponsor and fans will receive an LU Homecoming T-Shirt as they enter the stadium while supplies last. For those wishing to help victims of Tropical Storm Imelda, LU will be providing donation bins at every entrance into the stadium for toiletries, non-perishable food items and supplies. Following the game, the bins will be collected and the items will be distributed.

Fans are encouraged to spend their day with the Cardinals on the LU campus. There will be several events going on during tailgating including a live concert by Champagne Room. Fans of all ages will have the opportunity to greet the team as they make their way to the stadium during the Cardinal Walk. Once again, the ReMax Skydiving team will enter the stadium with the flags, and during the game fans will be treated to fireworks every time the Cardinals score.

The game will kick off at 6 p.m. from Provost Umphrey Stadium. It can also be heard live on Newstalk 560 KLVI or seen live on ESPN+.