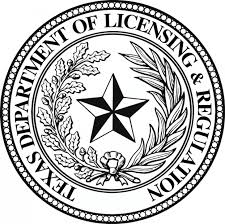 Texas Department of Licensing and Regulation

AUSTIN – The Texas Department of Licensing and Regulation has permanently revoked a Bedford man’s massage therapist license after he was accused of sexually assaulting a woman during a massage.

Sting Ray Salgado signed a settlement agreement with the Department agreeing to revocation of his massage therapist license for the rest of his life. The terms of the Agreed Order state that Salgado will never be eligible to practice massage therapy or own a massage establishment in Texas.

According to the agreed order, Salgado worked for Massage Envy at Montgomery Plaza, 2600 W. 7th St., in Fort Worth. The victim told Fort Worth police that Salgado had engaged in sexual contact by inappropriately touching her during a massage on Jan. 14. 2018. The victim told police that during the assault she was in shock and not sure what to do.

“Most massage therapists are law-abiding care providers, but we will do what we need to do to protect the public from people who should not be in this profession,” said Brian E. Francis, TDLR executive director. “A lifetime ban from practicing massage therapy and from owning a massage establishment is the type of consumer protection that Texans deserve.”