On Friday evening, September13, the Little Cypress-Mauriceville District honored two Distinguished Alumni, a Hall of Fame inductee and three servicemen for the Military Wall of Honor. These LCM graduates and longtime educator were selected by an anonymous District committee for these Little Cypress-Mauriceville Awards. The District has given these awards since 2012, as a way to bring recognition to LCM graduates, graduates and employees who have served honorably in the military, and people who make a difference in the life of LCM students and community.

The LCM District is proud to recognize and honor the men and women who have served our country in the military. The virtual “LCM Military Wall of Honor” is the District’s way of demonstrating respect, appreciation, and indebtedness for their service. Any active military personnel or honorably discharged veteran who is an alumni or employee of LCM CISD is eligible for this award. 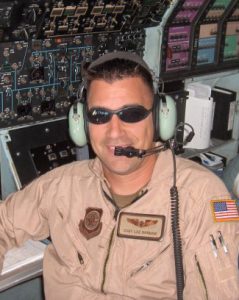 Lee Dorman, of the class of 1995, served in the U.S. Air Force from December 3, 1997 to February 14, 2014. His rank is Technical Sergeant and he served in Operation Iraqi Freedom and Operation New Dawn. Sergeant Dorman earned 16+ years of Honorable Military Service in the 16th Aircraft Maintenance Squadron maintaining 13 AC-130U and 12 AC-130H Gunships. He deployed four times in support of Operation Enduring Freedom and Iraqi Freedom, was among the first to deploy with Air Force Special Operations in response to the 9/11 attacks and served as a Flight Engineer aboard the C-5 Galaxy while assigned to the 22nd Airlift Squadron. He accumulated 2400 flight hours, of which 250 were combat hours, earning two Air Medals and a  Commendation Medal. He is currently an Air Force JROTC Instructor at Denton High School. 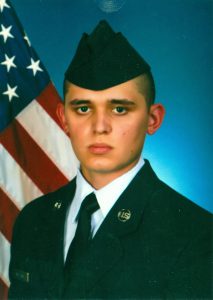 Senior Airman Chase Williams is a 2016 graduate serving in the U.S. Air Force from June 6, 2016 to the present. SrA Williams received an achievement medal in 2018 for single-handedly troubleshooting and maintaining over 6.5 million dollars in nuclear/conventional assets. He has enabled over 1217 SORTIE missions to be achieved with a 99% success rate. SrA Williams also has been recognized by Air Force Global Strike Command for superior performance during a nuclear surety inspection in 2019. He was represented at the recognition event by his mother, step-dad and sister-Annie, David and Brooklyn Mullins. 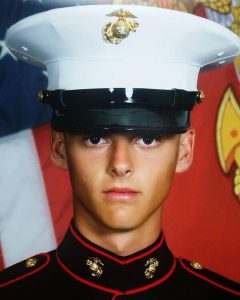 Corporal Kolby Gengo, also of the class of 2016, serves in  the U.S. Marine Corps. He also has served since June 6, 2016 to the present. Cpl Gengo has earned the Meritorious Mast for outstanding volunteer work, is a Rifle Expert, holds a green belt in Marine Corps Martial Arts, and is a Work Center supervisor and collateral duty inspector. He was represented by his parents Sharon and Jason Gengo.

The LCM “Distinguished Alumni Award” recognizes and honors graduates who have distinguished themselves in an exemplary manner, which brings honor and pride to the LCM District and community. 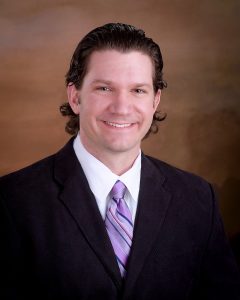 Two 1996 graduates were honored as Distinguished Alumni. The first, Dr. Brad Duhon, serves his community as Assistant Professor of Neurosurgery at the University of Colorado; Chief of Surgery and Director of Neurosurgery/Spine at the University of Colorado Hospital at Highlands Ranch; Treasurer of the Rocky Mountain Neurosurgical Society; and a Fellow of the American Association of Neurological Surgeons.

He has produced over 20 peer-reviewed scientific publications and posters, has won the Rocky Mountain Neurosurgical Society Award for Outstanding Research and the University of Utah Heilbrun Award for Outstanding Clinical Research. Dr. Duhon has also performed a mission trip to Iquitos, Peru in an attempt to begin a spine program with a local neurosurgeon. 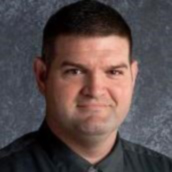 Dr. Micah Dyer is the Superintendent of Schools for Cuero ISD. He is active in his community serving on committees and providing leadership in a number of educational arenas, including the Region 3 Superintendent Committee Chairman, Future-Ready Superintendent’s Leadership Network, and TEA School-To-Work Committee. He is a TASA Mentor Superintendent, serves on the Cuero Chamber of Commerce, Cuero Community Foundation, Keep Cuero Beautiful, and Texas DPS Humanitarian for Hurricane Harvey.

The Hall of Fame Award is to recognize and honor individuals who have made an extraordinary impact on the District through service, support, financial contributions and/or influence. 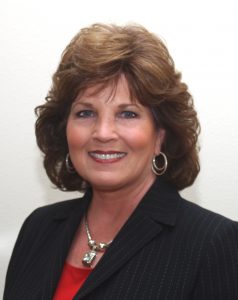 This year’s Hall of Fame honoree, Dr. Pauline Colburn Hargrove served in numerous positions on several District campuses. Dr. Hargrove retired after spending 19 years as Superintendent of Schools. Prior to being selected as Superintendent, Dr. Hargrove served as Principal of Little Cypress-Mauriceville High School, Little Cypress Elementary School, and Mauriceville Elementary School. She taught students in the mainstream classes as well as those in the gifted/talented classes and those with special needs.

To nominate someone for the LCM Hall of Fame, Distinguished Alumni, or Military Wall of Honor, go to www.lcmcisd.org and select the “Community” tab. Qualifications for each and nomination forms are there, as well as the honorees from past years.

The City of Orange will begin removing debris due to flooding from Tropical Storm Imelda on Monday, September 30.  Debris... read more