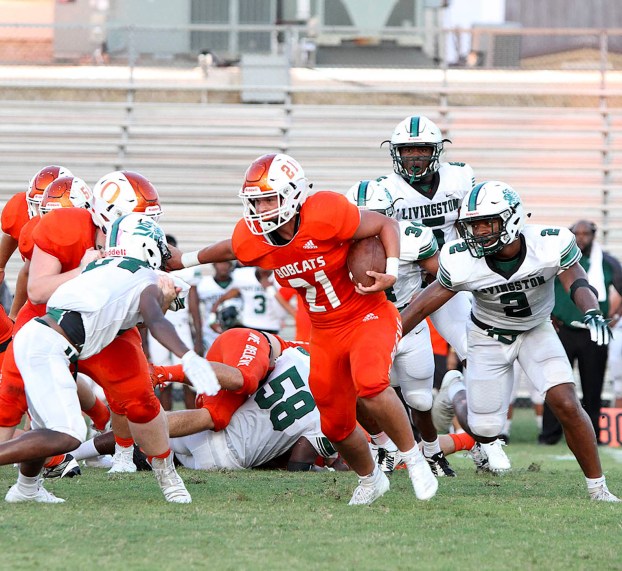 Buna to invade Orangefield in 12-3A opener

ORANGEFIELD – After storming out to a 3-0 start for the second straight season, the Orangefield Bobcats will look to continue there winning ways Friday night when they host their old rival Buna Cougars to crank up District 12-3A Division I play.

Both teams had byes last week and it has been a tough week for many Orangefield residents after Tropical Storm Imelda flooded many homes in the Orangefield community.

The Bobcats have roared to another big start this year as they will be ready for the Cougars to wrap up a four-game homestand to start the season.

The Bobcats have outscored their opponents 105-35 thus far.

Orangefield blasted Houston KIPP Generations 58-0 in their opener and then fended off both Livingston (20-14) and Shepherd (27-21).

Both squads will bring stout running games to the table behind deep backfields in which it is so hard to key on any one back.

The Bobcat offense is led by quarterback Gunner Jones. Orangefield definitely has a stable of backs in the forms of Chase Broussard, Kaiden DuBose, Heston Puckett and Kadeon Evans.

They are sparked by backs Jacob Menard, Ashton Alexander, Blaine Marks and Kameron Richardson along with quarterback Peyton Leon.

The Cougars will try to get past a Bobcat defense that has been stingy in the early going, sparked by defensive line play from the likes of Colby Gonzales and Kayson Dubois along with linebackers Puckett, Evans and Kent Michael and a top-notch speedy secondary paced by DuBose, Clayson Choate and Cade Brown.

The Cougars returned just four starters on their defense, led by veterans in defensive end Kristian Johnson and safety Richardson.

The Cougars downed the Bobcats 30-14 in Buna in their 12-3A opener a season ago.

Buna quarterback Alex Connell had a big overall night for the Cougars while that was the game the Bobcats lost senior starting quarterback Mason Gonzales for the season due to a knee injury.

The Bobcats will finally hit the road next week when they visit Kirbyville while the Cougars return home to host Anahuac.