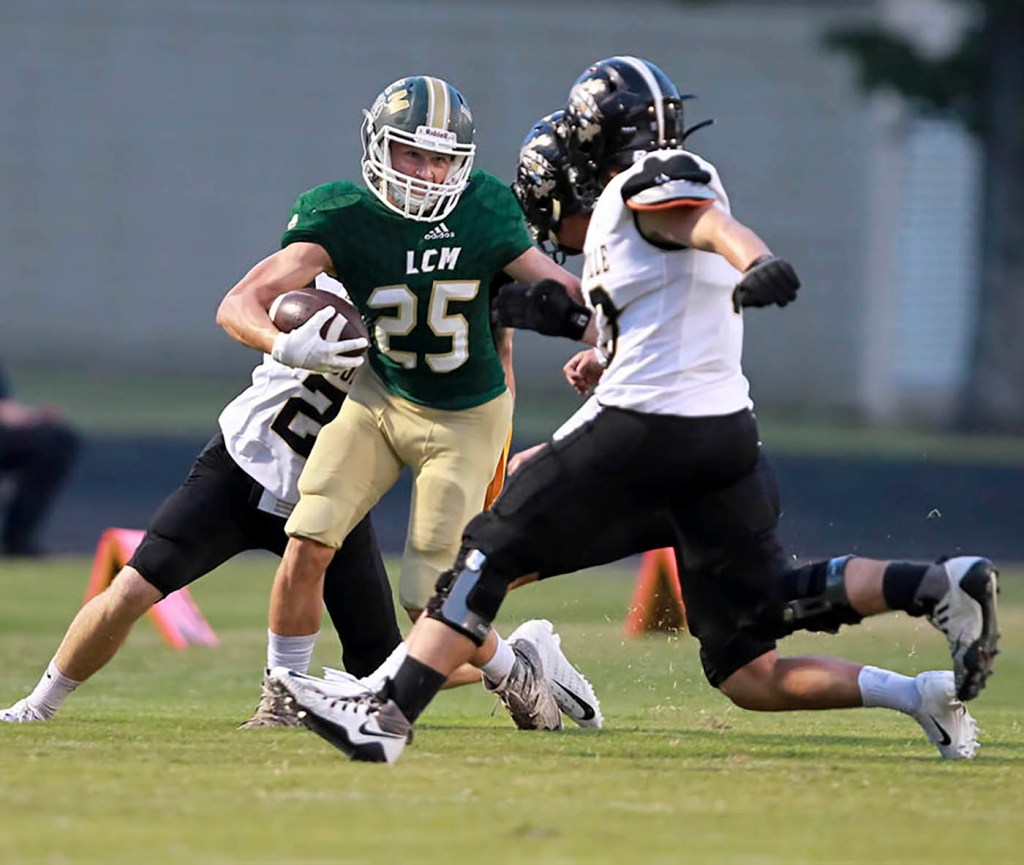 Mark Pachuca/Orange Leader LC-M’s Carson Peet looks to get up the field after collecting a turnover against Woodville earlier this season.

LITTLE CYPRESS – After a tough week for many of its residents, especially in the Mauriceville area after Tropical Storm Imelda brought heavy rains and flooding to the area, the Little Cypress-Mauriceville Battlin’ Bears will take the field Friday night in hosting the Hardin-Jefferson Hawks in their final non-district game of the season.

It was going to be Homecoming for LC-M this week but that has been pushed back to Oct. 25 when the Bears play host to Livingston.

Both the Bears (1-2) and Hawks (0-3) did not play their non-district games last week. The Bears saw their game against Vidor get cancelled while the Hawks did not play Huffman at home.

The Hawks have battled tough in their three losses as they have come up short against the likes of Coldspring (36-29), East Chambers (37-20) and Woodville (36-35). The Bears defeated Woodville 21-7 in their season opener.

The Hawks are still looking to rebound after a 2-8 season and 0-4 district mark behind coach Dwayne DuBois.

The cupboard is far from bare in Hawk Country as 16 starters returned to the mix, including 10 on offense.

Quarterback Collin Pomirko and Westen Nugent will look to lead the Slot-T offense and will look to get the ball to backs Izaak Whitman, Kevin Borque, Brayden Martel, Dillon Bryant, Brock Nevils and Sam Dickerson.

Whitman will look to power the Hawk defense as well and the Hawks are loaded in the trenches.

LC-M quarterback Ethan McCollum scored two rushing touchdowns against Jasper. He has now completed 32-of-66 passes for 412 yards and two TDs for the season and has rushed for 194 yards and three TDs on 52 carries.

He has a solid receiving group to get the ball to as well in Brendon Pollock, who had five catches for 66 yards against Jasper, along with D.J. Williams, Seth Carpenter and big-time special teams player D.J. Spears.

The Bears notched a 30-18 road win over the Hawks last season as they received a pair of touchdown passes from quarterback Adam Pope along with a defensive interception return for a score and two rushing TDs.