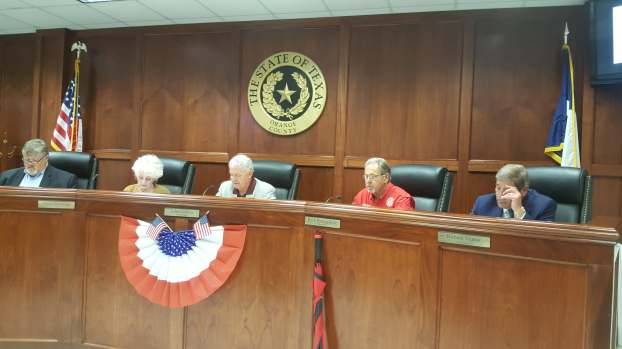 After a 3-year long stalemate seeing lawsuits on both sides, the County and the Texas Municipal Police Association (TMPA) have come to a two-year Collective Bargaining Agreement, pending approval by the union.

“We have worked for several weeks,” Orange County Judge John Gothia said. “This relates back to the revenue cap bill that is coming from the State Legislature. We had an opportunity to pay these guys some long-overdue money. We had to make some adjustments.”

The first year will see a 4-percent raise; and the second year will be a “me too” raise, with deputies receiving the same percentage raise as the rest of the county employees.

The agreement also covers overtime and holidays and emergency pay, bringing it in line with other county employees.

The medical plan would be brought up from the plan effective October 1, 2019, and the retirement would be part of the 12-year retirement plan adopted in April of 2017, except for employees hired before then who would still be under the 8-year plan.

They would still need to meet all other TCRS retirement qualifications.

Both sides agreed to end their lawsuits against each other.

“I want to thank everyone who worked so hard on making this happen,” Gothia said.

The agreement must still be approved by the union and any legal wording be ironed out.

According to Gothia, the votes, so far, to accept the offer has “far exceeded” the number needed to do so.

Voting by the union happens over a 10-day window which ends on Thursday, September 19.

By Dawn Burleigh The Orange Leader   MAURICEVILLE — Top Deck Inc., a national company based in Mauriceville, was announced... read more