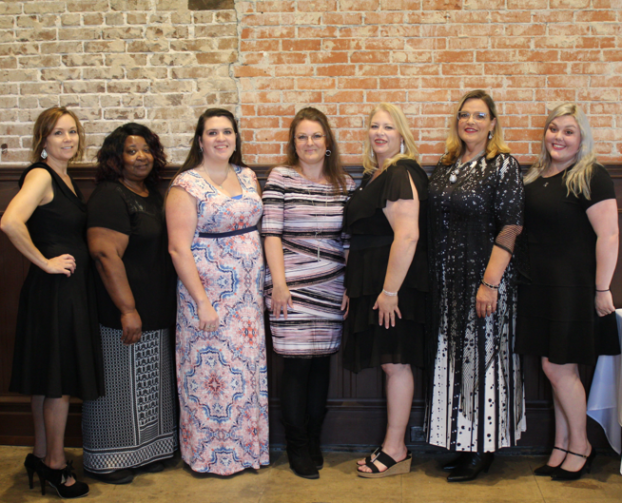 Among the attendance were staff, a guest speaker, and volunteers who have been part of the program from two months to as long as seven years. The event started off with a meet and greet followed by an introduction by Executive Director Codie Vasquez. A welcome speech was given by 2019-2020 CASA President Robert Currie who also spoke on how if they are able to benefit just one child’s life, it will all have been worth it.

Guest speaker Donnie Gulley, a former Deputy of Hardin County Sheriff’s office, shared a story of a man who experienced early childhood trauma, and how his memories stayed with him vividly through adulthood. He spoke to the crowd about how the man had such a respect for those who offer their time to help children in need and that they all hold the piece to someone’s puzzle. The story ended by him revealing that he, himself, was the subject of the tale and how he came to share about what an impact those volunteers made for his future.

Incoming Secretary Cil Dixon spoke about what advocacy means and what a noble cause it is to put yourself in such position of selfless assistance. She had been a volunteer herself for 10 years before taking her place on the board.

A standing ovation was given to Program Director Tassie Ferrill, who spoke about invocation. Tammy Fenton gave a farewell speech after announcing her new career with CPS.

The dinner continued with a staff introduction followed by volunteer recognition that included gift bags from CASA as well as Mobil Oil Federal Credit Union bags donated by Ann-Marie Limbrick.

The evening ended by the members of the staff performing their own rendition of “Holding Out for a Hero” by Bonnie Tyler followed by a soloist Milton Hardin singing “Hero” by Mariah Carey.

“Keeping children safe should be everyone’s concern. Our CASA volunteers play a very important role on behalf of our most vulnerable children,” Vasquez said. “Their commitment, vigilance, and persistence offers hope where there has been little. The efforts of our CASA volunteers help to light the way for these children—and for their children as well. The CASA cause is not simply an issue of abuse, or neglect, or an imperfect system, or overburdened workers, but of the unalienable rights of every child. It is about ensuring that every child is safe, with the right to learn and grow and be treated with dignity and respect. Our Community has a fundamental obligation to ensure the basic rights and needs of every child is met. Our CASA volunteers are a formidable force fighting for these rights. It is important that we honor these everyday heroes and let them know just how much we appreciate them.”

Edited: To clarify Program Director Tassie Ferrill gave the invocation and Tammy Fenton is leaving to start a career with CPS.

It read Incoming Secretary Cil Dixon was a staff member. She is on the board for CASA, not staff.

By Dawn Burleigh The Orange Leader   MAURICEVILLE — Top Deck Inc., a national company based in Mauriceville, was announced... read more