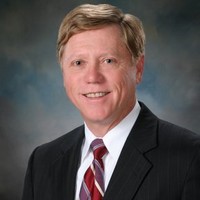 Allegations ranging from acute respiratory injuries and personal injury damages to lost business and wages from the closing of the shipping channel and the inability of many to leave their home or get to work were prominent among the claims being filed.

Shortly before 11 a.m. on March 17, 2019, the naphtha storage tank at the ITC storage facility ignited first from a leak in a pipe.

The flames spread to nearby tanks, and tanks containing naphtha and xylene, petrochemicals used to make gasoline, were burning early Monday.

The fire in Deer Park, Texas, burned for four days before being extinguished. The Texas Commission on Environmental Quality and Harris County have been in legal battles over spills at the facility in previous years, according to court documents

“ITC’s conduct was not only grossly negligent, but it was criminal”, said Matt Willis lead attorney for BCA.  “Both Harris County and the State of Texas have filed criminal charges against them.  Sadly, we believe the evidence will show that this entire calamity was preventable.  This environmental tragedy not only affected those who have to work in this plant but those who live, work and/or own and operate businesses in the vicinity.  In addition to personal injuries suffered from inhaling the toxic plume, ITC caused significant interruption in their lives, the use, and enjoyment of their property, and interruption of their businesses and business practices.”

Orange Riverfront Car and Bike Show is a huge success

To The Leader   The City of Orange Convention and Visitors Bureau hosted the Orange Riverfront Car and Bike Show... read more