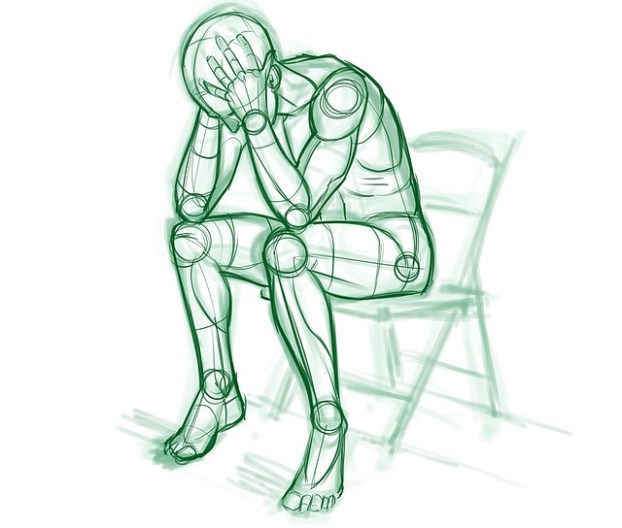 Story Over a Cup: When coping mechanisms have collapsed

The last three weeks, I have done a Star Wars parody, and there are more coming in future weeks; but I wanted to take an intermission before Part IV comes out.

I need to talk about a very serious subject: Depression and how we deal with it.

This is a subject very dear to me. I know people who deal with the subject painfully every day.

They put up walls, act out. Pretend their world is perfect when inside they are dying. They are afraid of asking for help, because they fear that they will face ridicule.

Or worse, the person they ask will not only not understand, but will ask the question:

Can’t you control something that is in your head?

They can’t. It’s not a self-control thing like not having the control not to cheat on your diet or deciding to live within a budget.

This is a deep problem for them. They see it as what they are doing is wrong. They know they shouldn’t.

They just can’t help it.

And when they cry for help, their biggest fear isn’t ridicule, it’s rejection.

When a person suffering from depression asked for help, they want you to understand they have hit a low to the point they can’t go on. They can’t hide it anymore; their coping mechanisms have collapsed.

Rejection of their cry for help is a death sentence to them. Especially, if you are someone they trust.

So, you don’t have to understand why they do what they do. Whether it manifests itself as an addiction or compulsive behavior is not the point.

The point is, they want someone to say that they will help. Even if it is just telling them that there is help out there.

So, my friends, their outstretched hand might be the only thing between them and a poorly made permanent choice.

Remember, when a person is at their darkest moment, your candle might very well be the only light they see.

You might see their behavior as selfish, as self-absorbing, but they see themselves as a hundred times worse.

Okay, I said my piece.

Till the next time, keep the cups warm and full.

Polluting industries want you to think the climate crisis is your fault, not theirs.

Jill Richardson A few years ago, I had a cupcake problem. I’d go to the cupcake store almost daily and... read more