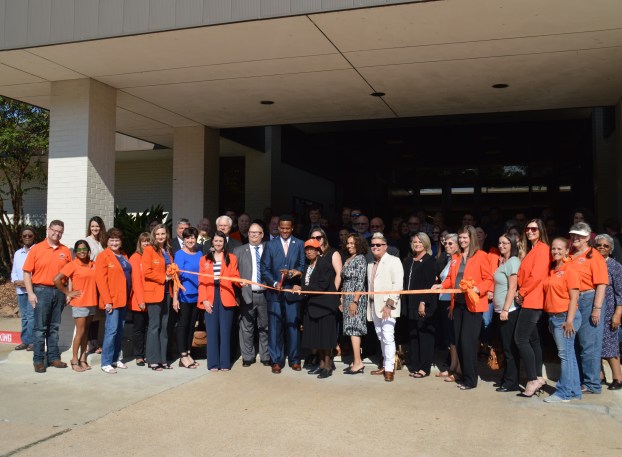 New City Hall offers a one stop shop for residents

The City of Orange now offers a one-stop-shop for residents with the grand opening of the new Orange City Hall located on 16th Street.

“This shows we are wanting more,” Orange Mayor Larry Spears Jr. said. “Not just for Orange but for the county. This is only the beginning.”

The Orange City Council members of 2016 who started the steps towards this historic day were recognized as well as the council members serving today.

The building will also house the offices of Congressman Brian Babin. Babin gifted the city with a  flag which had flown over the Capital, which was presented by his representative Lanie Brown.

“There is one man who said ‘I’ll help’ and stepped up to bring us to where we are today,” Spears said as he recognized Interim City Manager Kelvin Knauf.

“This is an example of what can happen when community, council, and staff work together as a team that has a vision can make it happen,” Knauf said.

He added he wanted to brag on the city staff.

“There are thousands of decisions in making a move such as this,” Knauf said. “The staff worked tremendously together. Council for providing the funds and the community for the support. This shows where Orange is going and what the future will do.”

“As I was going through the tour, I noticed the excitement and the smiles,” Sims said. “I have never seen so many smiles at the previous city hall.”

Sims added that Orange is always in his prayers and he hopes for the best for the city.

Spears thanked staff members and department heads for the work they put into making the move a success.

“Look around the room and see the positive push to move Orange forward,” Spears said. “This is only the beginning.”

The new location has been in operations since Aug. 19.

All phone numbers and email addresses will remain the same.

Bassmasters is returning to Orange May-29-June 1

BIRMINGHAM, Ala. — B.A.S.S. officials have announced the schedule for the 2020 Bassmaster Elite Series, a nine-tournament slate that will... read more