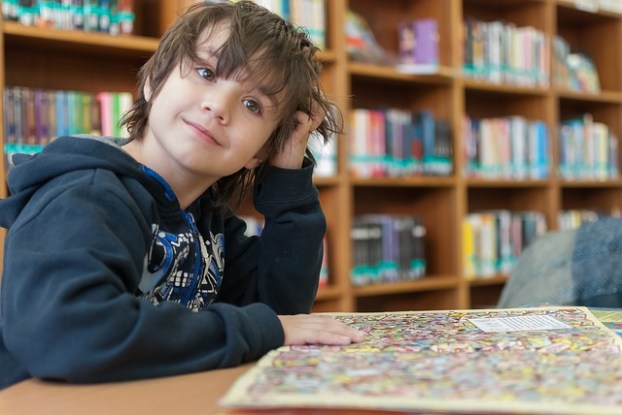 AUSTIN, Texas – A new report shows the share of federal spending on children was at an all-time low in the fiscal year 2019.

The 13th annual Children’s Budget Book released this week by the group First Focus on Children shows the share of spending on children – at 7.21% – is down 10% in the past four years.

“The federal budget is a moral document and it really shows what your priorities are as a nation,” he stresses. “And our nation is failing to invest in our kids’ future, and failing them.”

For the first time ever, the share of taxpayer money spent on things such as education and child abuse prevention is less than money spent on interest on the national debt.

President Donald Trump’s 2020 budget calls for even deeper cuts to children’s programs and would direct billions of dollars to the border wall.

Eva DeLuna Castro, a budget analyst with the Austin-based Center for Public Policy Priorities, notes the deficit shot up sharply after last year’s tax cuts, which primarily benefited the wealthy and corporations.

Castro says interest on the national debt is squeezing the ability for Congress to make investments in children, veterans, Medicare improvements or anything else.

“Interest on the debt at this point is about 16% of the taxes we’re paying,” she points out. “Everybody could find better ways to use this other than just paying for debt.”

Congress is supposed to come to a budget agreement by the Sept. 30 deadline. If lawmakers can’t agree, they will need to pass a continuing resolution to fund the government at existing levels.

Last winter, a disagreement over funding for the border wall forced a record 35-day government shutdown.

To The Leader   SILSBEE, Texas – Next week, nearly 700 cancer patients, survivors, volunteers and staff from all 50... read more