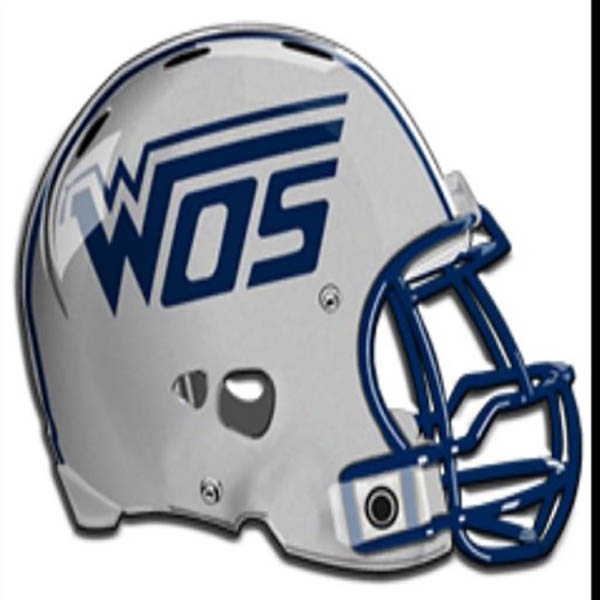 Newton, again, would keep the Mustangs offense at bay while slipping by 20-14 for their second consecutive win over WO-S in past two seasons.

The Mustangs actually outgained the Eagles 252-246 on the night.

Newton (3-0) won the coin toss and elected to kick to the speedy Mustang return squad. The decision to kick instead of receiving paid off for the Eagles as Mustang running back Elijah Gales would fumble just two plays later; handing the ball to the Eagles near midfield.

The Eagles took full advantage of the Mustang turnover and quickly got the offense moving. Following a quarterback sack the Eagles quarterback, Nate Williams, found receiver Valdarin Fowler for a 23-yard gain on third and long. Fowler notched a short run on the next play to put the first points on the board. The Eagles led 6-0, following a missed extra point with 9:21 remaining in the first quarter. Fowler finished the night with 71 total yards of offense.

The Mighty Mustangs (2-1) tried to get their offense firing once again, but penalties and miscues took the wind out of their sails. Gales fumbled once again but was able to recover which set up the three-and-out for the Mustangs.

Both offenses went cold and exchanged several possessions before the Eagles offense caught fire again. Starting at their own 42 the Eagles took just five plays to go 58 yards for a score thanks to big gains by Deanthony Gatson and Kevin Watson. The Eagles extended their lead following a 13-yard scamper by Watson which put the Eagles up 14-0 following the two point conversion.

WO-S sophomore running back Gales attempted to make up for his two fumbles, exploding for over 50 yards on the next three carries setting the Mustangs up inside the 20. Unfortunately, the effort delivered no points as the Mustang field goal unit botched what would have been the first points for the WO-S. Gales finished the night with 91 yards on the ground and 18 receiving while scoring one touchdown.

The Eagles fans went quiet following a three-and-out that handed the Mustangs the ball near midfield following a short punt. The Mustangs started at their own 43 and the offense finally caught fire. WO-S quarterback Jerren Terrell took the first snap of the series and flipped a rocket over the middle to Jayson Ziegler for a 28-yard gain. Three plays later Gales went untouched into the end zone to put the Mustangs on the board and trailing just 14-7 at halftime. The Mustangs offense put up 154 yards on offense while the Eagles tallied 143 yards on the ground. Terrell finished the game going 11-of-20 for 163 yards.

The second half gave fans on both sides of the ball little-to-nothing to cheer about. The two squads exchanged punts and turnover on downs due to miscues and penalties. The score remained, 14-7 Eagles leading to start the fourth quarter of play.

Following a sloppy start to the fourth quarter and a three-and-out by the Eagles. The Newton defense would tag in the game to use their muscle and halt the Mustangs offense, forcing a quick punt. The Eagles offense finally found their ground and pound game against the stout chain-gang defense of WO-S. On fourth down and short the Eagles took the hook-and-lateral out of the playbook and worked it to perfection. Watson would take the toss for a 46-yard touchdown score and extended the Eagles lead to 20-14, with just over five minutes left in the game. Watson and Fowler combined for 190 yards of offense for the Eagles.

The Mustang offense didn’t take long to answer back. Five plays later, Terrell would launch a bullet over the middle to Jaden Jones for a 68-yard touchdown pass. The Mustangs pulled within a score down, just 20-14 with four minutes left in the ball game.  However, the Mustang momentum was halted as time expired while the WO-S offense was on the move to tie or take the lead.

The Mustangs will return home next week to play host to Crosby while Newton will visit Gilmer Sept. 27.

By Van Wade The Orange Leader   LITTLE CYPRESS – Behind the legs of senior tailback Montavien Hunt, the... read more