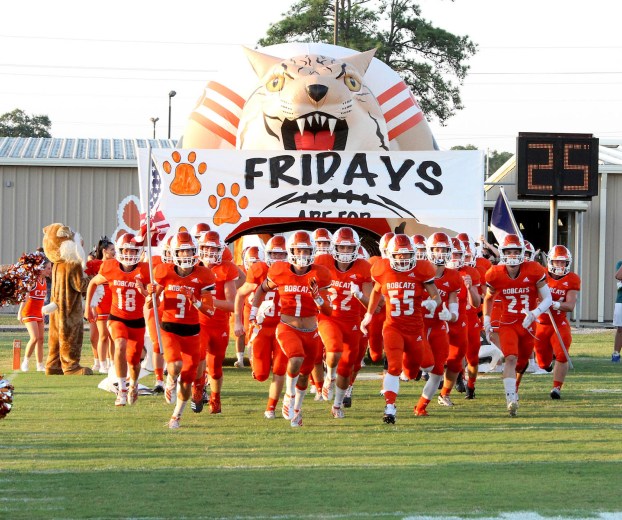 ORANGEFIELD — The Orangefield Bobcats toppled the Shepherd Pirates 27-21 in a close game that went down to the wire Friday night.

The Bobcats (3-0) gained an early and commanding lead, but the Pirates (1-2) didn’t let that slow them down as they gave the Bobcats a battle.

Pirate running back Kenan Turner led the way with 138 yards rushing, leading the team in yards. The Pirates offense really picked up steam when Turner started to get the ball more often. He was able to slip out of tackles and weave through the defensive line for consistent yards all night long.

Kaiden DuBose led the Bobcats in the stats column with 68 yards rushing including a couple big plays and key touchdowns for the Bobcats win. DuBose would also have an interception to go along with his running yards to help the Bobcats on both sides of the ball all night long.

The Bobcats finished with 313 yards, 286 of it on the ground as nine players toted the ball. The Bobcats held the Pirates to just 224 yards.

The Bobcats open up their first drive with a long touchdown run from DuBose. The Bobcats would open up from their own 36 and get to the 50 with just a few run plays. DuBose would find a hole to the right side from the 49 and took it to the end zone for the Bobcats first points. The Bobcats led 6-0 after the missed PAT with 9:58 left in the first quarter.

After stopping the Pirates on defense, the Bobcats took a long drive and capped it off with an 18-yard pass from Gunner Jones to Kent Micheal for a touchdown. After a Chase Broussard 26 yard run the Bobcats were in the red zone and looking for more points. Jones would throw on the run to the right, after a play-action, and found Micheal over the middle with no one around. Micheal would run it in for the second touchdown of the night. After a failed two-point conversion the Bobcats led 12-0 with just under three minutes left in the first quarter.

The Pirates fired back with their first touchdown of the game in the final minutes of the first half. Turner took over the drive, including the final 13-yard run to cap off the drive in the end zone. Turner would find a few holes and slip out of some tackles for extra yardage to keep the drive alive a few times. Joel Valdez would put the PAT through for the Pirates making the score 19-7 Bobcats, with 2:52 left in the first half.

Shepherd struck again, shrinking the Orangefield lead to just five points. The drive would take 19 plays and 10 minutes off the clock before the Pirates score a touchdown. Running back Turner would eclipse 100 yards on the ground on the march as he accounted for the majority of the yards. After a pass from Dezmon Yates to Erik Aills the Pirates used Turner one last time for the touchdown from two yards out. After the PAT the Bobcats still led 19-14 with two minutes left in the third quarter.

The Bobcats returned fire with a quick score just before the third quarter ended thanks to a Clayson Choate run up the middle. Choate would run in from the 19 yard line after the Bobcats took over with opportune field position. After the big Choate run catches he also caught a two-point conversion pass from Jones to put the Bobcats up 27-14 heading to the fourth.

The Pirates brought it within a score with another strong touchdown drive, led by Turner again who continued to pile on yards. Turner would punch it in from 13 yards out running it up the middle. After the PAT went through the Pirates were only down six with five minutes left in the game.

Orangefield was able to outlast Shepard as they rallied late to challenge the Bobcats.

The Bobcats will head into their bye week next week and will open up District 12-3A Division I play Sept. 27 at home against Buna while Shepherd hosts Splendora next week.