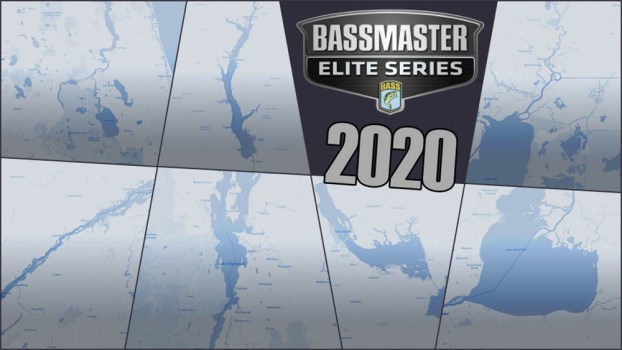 Bassmasters is returning to Orange May-29-June 1

BIRMINGHAM, Ala. — B.A.S.S. officials have announced the schedule for the 2020 Bassmaster Elite Series, a nine-tournament slate that will take the world’s best bass anglers to six states and some of the most storied fisheries in the sport’s history.

For fans who love watching professional anglers catch giant bass, the schedule is likely to be love at first sight.

“This year, we unveiled the mantra ‘Big Bass. Big Stage. Big Dreams.,’” said B.A.S.S. CEO Bruce Akin. “We’ve certainly delivered on that in 2019 — and with the schedule we’ve put together for 2020, we’re ready to take another giant step on that path.

“Fans will have an opportunity to see our anglers compete on some of the best big-bass lakes in America.”

The season will start once again in Palatka, Fla., with an event at the St. Johns River on Feb. 6-9. Last year’s tournament on the St. Johns was one of the most exciting in B.A.S.S. history, with legendary angler Rick Clunn weighing 34 pounds, 14 ounces — a bag that included two bass over 9 pounds — on Championship Sunday to come from behind and win with 98-14.

That amazing tournament, along with an in-depth study of weekend tournament results on the fishery, earned the St. Johns River a fourth-place ranking in the Southeastern Division of Bassmaster Magazine’s annual list of Top 100 Best Bass Lakes.

It will be B.A.S.S.’s third trip to the Putnam County, Fla., fishery in five years — and the organization’s 21st visit to the St. Johns, dating back to 1973.

“We are extremely pleased to welcome back the B.A.S.S. Elite tournament to Putnam County,” said Dana C. Jones, president of the Putnam County Chamber of Commerce. “It’s a great way to start 2020, and we are grateful that they continue to choose us as a partner.

“Tourist Development Council members carefully evaluate the return on investment of all the events they fund, and it was an easy decision to host the B.A.S.S. Elite. The economic impact into our local economy by an Elite event easily equates to over $2 million dollars, and the media value of well over $500,000 is a huge value-add.”

After visiting one big largemouth factory in Florida, the Elite Series anticipates shifting to another fishery that was recently ranked as one of the best in the country on BassmasterMagazine’s annual Top 100 Best Bass Lakes list. That event is scheduled for Feb. 14-17, but the site won’t be announced until a later date.

The Elite Series schedule will pause during March for the Super Bowl of Bass Fishing, the 2020 Bassmaster Classic. Competition will be March 6-8 on Alabama’s Lake Guntersville (second place overall, 100 Best Bass Lakes), with daily weigh-ins and the annual Bassmaster Classic Outdoors Expo in Birmingham.

When Elite competition resumes, B.A.S.S. will take a trip down memory lane with a return visit to Alabama’s historic Lake Eufaula (12th place, Southeastern Division, 100 Best Bass Lakes) in Eufaula, Ala., on April 2-5.

B.A.S.S. hasn’t visited the 45,000-acre Chattahoochee River fishery since a Southern Open was held there in 2006. But the lake on the Alabama/Georgia border has been the site of 18 major B.A.S.S. events, dating back to 1968 — just the second year of the Bassmaster Tournament Trail.

With the emergence of abundant aquatic vegetation, Eufaula has evolved through the years from a place where nearly all big-money tournaments were won on the ledges into a fishery with a little bit of everything. Options should be especially diverse during the early April visit, when temperatures in the Chattahoochee Valley should be as pleasant as they’ll be all year.

“Anyone who follows professional bass fishing is familiar with Lake Eufaula’s reputation for producing big bass,” said B.A.S.S. Tournament Director Trip Weldon. “As an organization, B.A.S.S. has had some great events there through the years, and it’ll be a lot of fun going back.”

The fourth Elite Series event will be April 16-19 in Manning, S.C., on the Santee Cooper Lakes (ninth place overall, 100 Best Bass Lakes). The fishery has hosted 13 major B.A.S.S. events, but none since the 2009 Southern Open.

Massive lakes Marion and Moultrie, which measure 110,000 and 60,000 surface acres, respectively, have been on fire recently. A BFL event held on the Santee Cooper Lakes in March was won with five bass that weighed just over 30 pounds.

The next fishery on the schedule is known for producing some of the biggest crowds in B.A.S.S. history — the Sabine River in Orange, Texas. The fifth Elite Series event on the 2020 slate will be held at Orange on May 29-June 1 and could challenge the Elite Series fan attendance record of 36,200.

It’ll be the fourth time the Elite Series has visited the Sabine River system — and in three previous visits, the crowds totaled more than 96,000.

For earlier events at the Sabine River, catch rates were somewhat low. But the Texas Parks & Wildlife Department has worked tirelessly to create a zone that is good for both the Orange, Texas, area and anglers. Thanks to those efforts by TPWD, tournament waters for the 2020 event will be expanded to include that new five-county zone.

“The Greater Orange Area Chamber of Commerce is excited to partner with B.A.S.S. to bring the Bassmaster Elite Series to Orange County once again,” said Ida Schossow, president of the Greater Orange Area Chamber of Commerce. “This tournament has brought Orange County waterways to the forefront in the fishing world. The tournament is an economic boost to our community and creates a sense of pride for our citizens.”

The site for the annual Toyota Bassmaster Texas Fest benefiting Texas Parks & Wildlife Department will be announced at a later time. But the dates have been tentatively set for June 5-9 — just before the Elite Series makes its New York swing.

That swing will begin with another trip to smallmouth bass fishing’s holy country, the St. Lawrence River in Waddington, N.Y., on July 23-26. The fishery was named the top bass fishing destination in America on BassmasterMagazine’s list of Top 100 Best Bass Lakes, and this year’s Elite Series event on the river was won by Georgia pro Micah Frazier with an average of more than 20 pounds of smallmouth each day.

The pros will leave Waddington and head to Plattsburgh, N.Y., for an event at Lake Champlain (sixth place, Northeastern Division, 100 Best Bass Lakes) on July 30-Aug. 2. When B.A.S.S. last visited Champlain — for an Eastern Open on Aug. 2-4, 2018 — Vermont angler Bryan Labelle won with an average of almost 20 pounds of largemouth per day.

With the Bassmaster Angler of the Year title and numerous Bassmaster Classic berths hanging in the balance, the Elites will finish their season in Macomb County, Mich., at Lake St. Clair (eighth place overall, 100 Best Bass Lakes) on Aug. 20-23.

“We set out to put together a schedule that would be pleasing to our anglers, our sponsors and the fans who’ve supported us for more than 50 years as an organization,” Akin said. “This is a schedule that takes us to some incredible fisheries, and every single weigh-in will be held lakeside.

“That means history will be made in some of the best settings imaginable.”

To The Leader   Over the next several weeks, the youth cheerleaders will be taking donations for our local nursing... read more