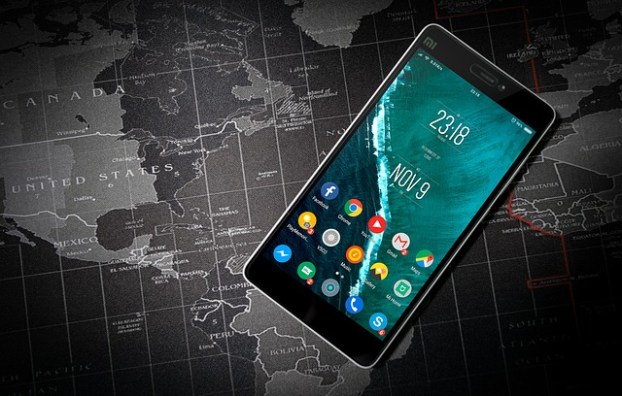 A majority of us have drawn lines in the dirt, emphasizing the point beyond which we simply will not be pushed by pesky, ever-encroaching technology. Most of us gradually fold, however. In retreat mode, we still draw lines, but they are ever fainter, each drawn with diminishing enthusiasm.

I was a stubborn hold-out when smartphones came along. But, I had company. Friends joined me in pledge-of-allegiance commitment to our flip-phones. Even they had more functions than we cared to master.

One by one, though, we have caved in. I’ve had my smartphone for three years, and probably have a vague understanding of perhaps 10% of its functions, actually using no more than 5%. I do, however, know Siri on a first-name basis.

Friends living in a large city–folks who are far more technologically competent than I’ll ever be–recently discovered a new way to be embarrassed, thanks to their smartphones. They have mastered many of the phones’ functions, and sometimes utilize an app that usually is 100% correct in suggesting their driving routes from “point ‘A’ to point ‘B’.”

Such efficiency was helpful recently when they drove to a large church to attend a funeral. They’d never been there before, and it was several miles away.

They plugged in the data, arriving at the church well before the appointed hour.

Upon entering the foyer, they found a long line of guests signing the register, and ALMOST joined a smaller line of folks paying last respects at the casket.

They decided to first “sign in,” thinking it to be the proper thing to do. Making this choice also reduced embarrassment, since the app providing directions had one final verbal statement to make: “You have arrived at your final destination.”

Had they yielded to temptation, the app’s misbehavior might have occurred in the OTHER line. What were polite giggles in the registration line were far easier to explain than such a major faux pas at the bier, in front of a mostly-seated audience? If they had chosen to file past the casket first, the ill-timed announcement might have occurred at the very moment they paid final respects. They’re committed to using the “silent mode” in the future.

I can empathize, having been confounded by technology since my old mother got an electric can opener. Usually, I opened the OTHER end.

In early marriage years, a battery-powered razor just about “did me in.”

The rules were clearly understood. I was to use it ONLY to “freshen up.”  When I left home to face the day, I was to be clean-shaven by a safety razor. Almost always, my wife’s instructions were followed. One day, though, I was running a bit behind.

I decided to save time by using my battery razor, thinking she might fail to notice.

Thus began the perfect storm. The razor “played out” squarely on my right jaw, its “whisker-chompers” refusing to loosen.

Luckily, I remembered where the power cord was. Maybe I could avoid yanking the razor away, thus sparing the pain of whisker-extraction by the roots.

Keen of memory was the childhood dare to tear away the ice tray affixed to my tongue. I should have ignored the dare; the pain was substantial and longstanding.

My wife’s yelling that breakfast was cooling coincided with my discovery that the cord was short. I decided to stand on the bathroom counter to “make the connection.” Perhaps a “quick charge” would loosen the razor from two days of whisker growth.

I needn’t have yelled back that I’d be table-side shortly. She was standing in the doorway, puzzled by my awkward, “wired up” situation atop the counter. “Before you ask, I’m getting my battery charged,” I whimpered. Her “to-each-his-own” response stung a little.

She then enjoyed a country breakfast; I grabbed a protein bar to scarf down on the way to work AFTER I’d shaved properly.

Story over a cup Episode III: Revenge of the Dish

Michael Cole War! In a stunning move, I tried to wash the dishes in the sink. There is suds everywhere.... read more