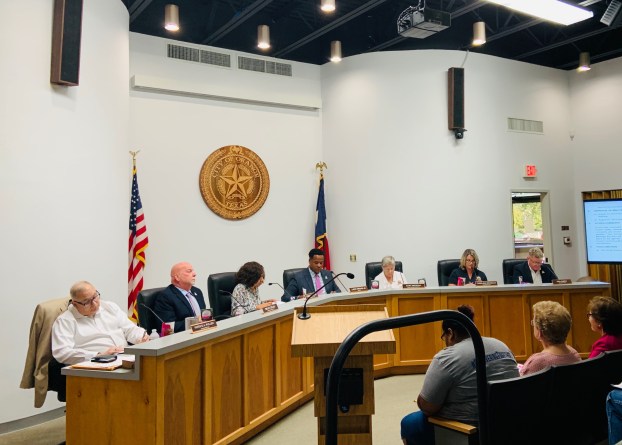 An impactful Orange City Council meeting Tuesday morning led to what Mayor Larry Spears Jr. considers to be “only the beginning” of an even brighter Orange.

“When we say the Pledge of Allegiance we say ‘One Nation, Under God,’ and one thing that I love to talk about is that we’re one city under God,” Spears said. “Things are changing, things are improving, and our staff is making leaps and bounds.”

The council adopted a $38,139,481 budget for the 2020 fiscal year after months of public workshops, raising more revenue from property taxes than last year’s budget by an increase of 7.43 percent.

After a public hearing regarding the allocation of the city’s 7% hotel and occupancy tax, a motion was made by councilmen Brad Childs to allot more money to a few of the applicants for funds.

After the Convention and Visitors Bureau receives its $494,000 budget, the city will allocate the remainder of its $638,000 to organizations including local arts and cultural entities like Friends of the Orange Depot, the Lutcher Theater, Heritage House Museum and Adventures 2000 Plus; the Orange Lions Club and SETAC Off Ramp Magazine.

Long-standing Chamber of Commerce events were also given funding, including $40,000 to the Bassmaster Tournament, an increase of $10,000 from the requested funds.

Most public comments were from residents expressing concern over the parking situation at Free States Cellars winery that opened in their neighborhood around Tejas Drive.

As a result of increased traffic in the area, residents are worried that overflow parking on their already narrow street will create danger if emergency assistance vehicles can’t access the roads.

Other concerns about the area regarded a lack of signage posting the speed limit and asked for speed bumps to be installed to slow down drivers coming off of I-10.

Mainly, though, residents of the neighborhood asked for a solution to the parking problem.

An agreement was made by the council to hold a public hearing in the future to hear from more residents and address the issue so that the new establishment can continue to entertain and contribute to Orange.

At Tuesday’s meeting, Spears also proclaimed September and October as Ovarian and Breast Cancer Months in the city of Orange, urging the community to educate themselves and for women to ‘know the signs’ and attend screenings to maintain their health.

PRESS RELEASE — We will be monitoring a tropical disturbance currently north of Haiti/Dominican Republic this week.  This area is... read more