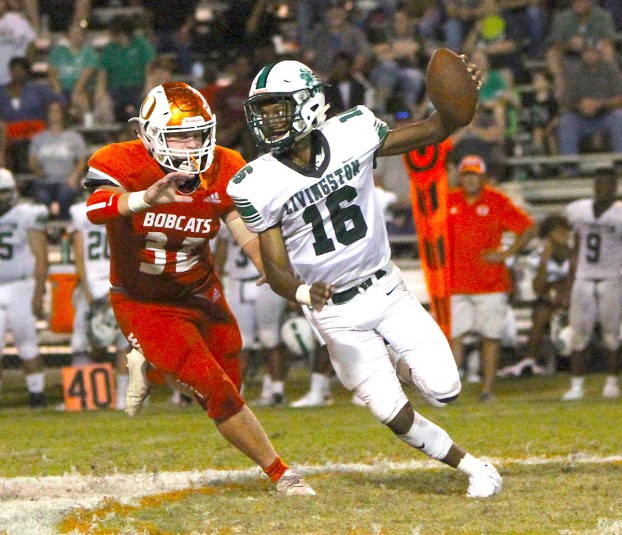 Bobcats will try to sink Pirates

ORANGEFIELD – There is no place like home and the Orangefield Bobcats have certainly enjoyed the start to their season as they are 2-0 in their four-game homestand to start the year as they will welcome the Shepherd Pirates in this week.

The Bobcats steamrolled the Houston KIPP Generations Jaguars 58-0 in their opener and turned back the Livingston Lions 20-14 in a physical contest last week.

The Pirates (1-1) nabbed their first win of the season with a 40-34 victory over Coldspring last week. The Pirates fell to Livingston 32-28 in their opener.

The Bobcats have been stingy on defense thus far, blanking KIPP Generations and limited a much-improved Livingston team to just 193 yards, led by the hard-hitting night by lineman Colby Gonzales and defensive back Clayson Choate.

Orangefield has had their potent running game going strong early in the season.

Quarterback Gunner Jones has ran a smooth operation and the Bobcats have had a slew of backs finding the end zone led by the likes of Chase Broussard, Kaiden DuBose, Heston Puckett and Kadeon Evans.

They piled up 271 yards on the ground in the win over the Lions.

Shepherd was a 6-5 playoff team a season ago but is much younger this season. They return just four starters on offense and five on defense.

The Pirates are sparked offensively by quarterback Dezmon Yates along with tailback Kenan Turner and burly fullback Kolten Burton.

Defensively the Pirates are powered by the likes of All-District linebackers Turner and Jerritt Whitmire and All-District defensive lineman Jonah Bellard.

The Bobcats took down the Pirates in a 20-7 victory last year when the two teams hooked up on the turf at Splendora High School.

The Bobcats will have their bye week next week before welcoming in long-time rival Buna for their District 12-3A Division I opener Sept. 27. The Pirates, meanwhile, will play host to Splendora next week.

BRIDGE CITY — Two teams seeking their first wins of the season will be battling it out Friday night as... read more