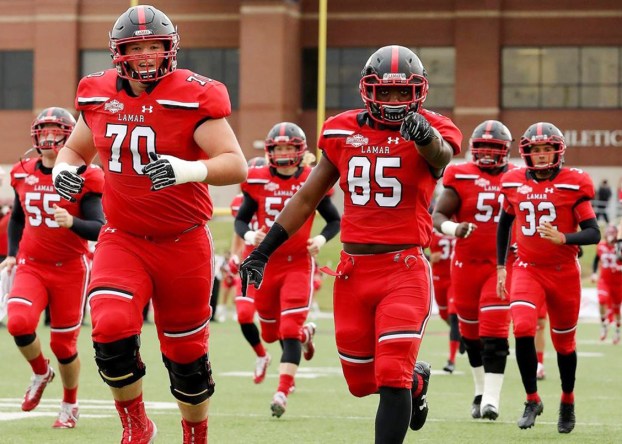 BEAUMONT, Texas – After a successful opening week to the 2019 season, the Lamar University football team returns to the field Saturday to face Mississippi Valley State. The Cardinals (1-0) posted one of the best offensive performances in school history defeating Bethel (TN) University, while the Delta Devils came up just short at Tennessee State, 26-20, in week one.

MVSU enters Saturday’s game in a similar position to where the Cardinals were at the beginning of last season. The Delta Devils are coming off a 1-10 campaign – a record that was not indicative of their overall talent. The similarities continue this season with their heartbreaking season opener against Tennessee State in week one. The Cardinals faced several heartbreakers at the beginning of last season before closing out the year on a six-game streak.

When the Cardinals step on the field for kick off Saturday they will be looking for a 2-0 start to the season. A victory over MVSU would hand Big Red it’s first 2-0 start since the 1985 season – that year LU opened the season 3-0.

“Mississippi Valley is a very talented team,” said LU head coach Mike Schultz. “They opened the year at Tennessee State, and we felt like Tennessee State was very fortunate to get out of the that game with a win. Mississippi Valley State had their opportunities to win and it just didn’t work out, and I believe I read that they were 30-point underdogs going in.

“This is a vastly improved team from last year. The coaching staff has done a tremendous job getting them ready for this season, and it is easy to see the improvements they’ve made from last year to this one. Offensively, MVSU is a versatile team and they’re doing more things than they did last year. Defensively, they have a very athletic squad that plays very sound football and they always run to the ball,” added Schultz.

Led by senior Jordan Hoy, the Cardinals put up more than 650 yards of total offense in the opener, including nearly 350 on the ground. Hoy picked up where he left off in his three starts last season completing 18 passes for 226 yards and three touchdowns. He also carried the ball 10 times for 50 yards and three scores.

Despite the numbers on the offensive side of the ball, they didn’t overshadow a young Cardinals’ defense who held Bethel’s high-octane offense to fewer than 200 yards (including just 68 through the air) while forcing the Wildcats into three turnovers and a 3-of-18 performance on third downs.

The Delta Devils finished their season opener with 247 yards of total offense, with the majority of that coming through the air. MVSU’s Dejerric Bryant finished the game completing 27 passes for 205 yards and a score.

Fans don’t have to wait until kick off to experience the excitement of gameday. Fans are invited to take part in Cardinal Lane – a more family-friendly tailgate experience located just north of the Montagne Center. Zach Gonzales will be performing live in concert as part of the Cardinal Lane Concert Series. Fans will also get a chance to greet the players as they make their walk into the stadium.

MCT Credit Union is the official game sponsor and will be handing out LU branded water bottles – while supplies last – to fans as they come through the gate. Prior to kick off, the ReMax Skydiving team will be brining the flags into the Provost Umphrey Stadium while the LU Marching Band plays the National Anthem.

In addition to all the festivities, the stadium’s namesake – Provost Umphrey Law Firm – will be celebrating its 50th year of service in the community, and support of Lamar University and Cardinal athletics. At halftime of the game, LU will also be holding an adaptive sports youth football game on the field.

The game will kick off at 6 p.m. from Provost Umphrey Stadium Saturday. It can be heard live on Newstalk 560 and can be seen live on ESPN+ — the network’s online platform.

WEST ORANGE – After picking up a nice pair of victories to open their 2019 campaign, the West Orange-Stark Mustangs... read more