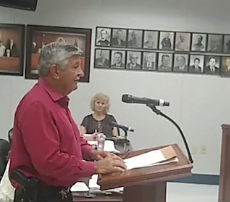 “We are short currently 4 deputies,” Orange County Sheriff Keith Merritt said. “We run a minimum of four per shift. With those missing deputies, if we have something come up, like court or an illness, we have to go into overtime.”

He did say that they had hired one, possibly two, to fill those shortages.

In the County Jail, the court approved $112, 850.73 in overtime. Manpower shortages were to blame here as well.

“Due to the population of the jail, the Texas Commission on Jail Standards sets the number of correctional officers,” Merritt said. “I don’t set it. The court doesn’t. The commission does.”

“We have been as far down as nine officers.” Meritt added, “We have hired five, so we need to hire four more officers.”

“We have had incidents where we had to send an inmate to Galveston or Houston for medical treatment,” Merritt continued. “Because of the nature of their charges we couldn’t release them, so a deputy had to sit with them 24 hours.”

The court also heard from Emergency Management Coordinator Joel Ardoin on the construction of a 60×80 foot storage facility to be built at the Orange County Convention and Expo Center.

Ardoin said, “There is no storage space at the expo center. So we lose things like bottled water and MREs when they are exposed to rain and sunlight.”

The building is expected to cost around $100k.

The court is expected to hold two more budget workshops next week.

In a statement by Karen Fisher who is on vacation this week, “There was an error in the ad with the proposed tax rate. I ran an ad with the correct rates Saturday, August 31, in The Orange Leader. I apologize for any inconvenience this may have caused.”

The new hearings will be September 9 at 1 p.m. and September 13 at 9 a.m. Both meetings will be in the Commissioner’s Courtroom in the Orange County Administration Building located at 123 South 6th Street in Orange.

When asked if this would affect the budget date of September 17, County Judge John Gothia said it would not.

To watch the court session in its entirety, click here

Thrift and Gift Community Sale will be held from 8 a.m. – 2 p.m. on Saturday, September 7. Vendors will... read more