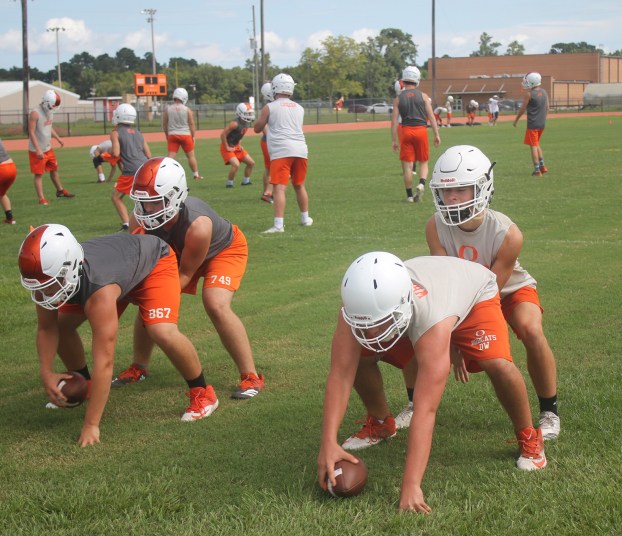 ORANGEFIELD – The second game for the Orangefield Bobcats’ four-game homestand continues Friday night when they welcome in the Livingston Lions.

The Bobcats (1-0) are fresh off an impressive 58-0 victory over the Houston KIPP Generations Jaguars.

They also received a huge 52-yard punt return for a score from Clayson Choate and a field goal from quarterback/kicker Gunner Jones.

The Jaguar offense simply had nowhere to go last week as the Bobcat defense swarmed them all night.

The Bobcats went on the road and blanked a 0-10 Livingston team 41-0 last season in which they snared a 28-0 lead at the half and never looked back but they will face a much-improved Lions squad this time around.

The Lions will bring some momentum into the game after notching a 32-28 victory over Shepherd, who Orangefield will host next week.

They are showing nice improvement early for veteran head coach Finis Vanover, who mplayed a ton of sophomores last year.

The Lions return seven starters on each side of the ball.

Livingston’s offense is sparked by quarterback Damien Ruiz, who sparked the Lions’ freshman team to a 9-1 mark a season ago.

The Lions are sparked in the backfield by All-District pick Debrian Rains along with the likes of Cody Dupas and Keon Perkins.

The win over Shepherd was certainly a nice bounce-back for the Lions, who fell to the Pirates 68-7 in their opener last season.

The Bobcats will host Shepherd next week while the Lions return home to face Liberty.

VOLLEYBALL ROUNDUP: BC, LC-M win; OF drops a tight one