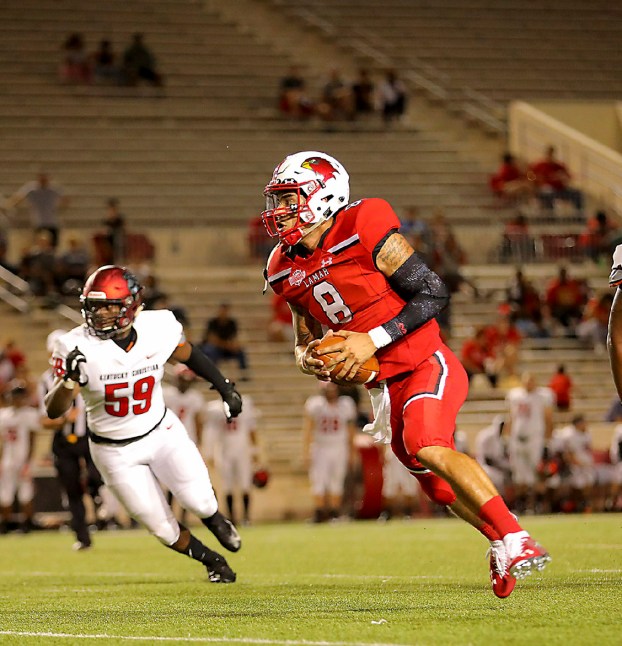 BEAUMONT, Texas – Lamar University will kick off a new season tonight when they step on the field against Bethel (TN) University. Led by third-year head coach, Mike Schultz, the Cardinals enter the 2019 season opener looking to build off of the momentum from 2018. After a slow start to the season, the Cardinals got hot winning their final six regular season games to advance to the NCAA FCS Playoffs for the first time in program history.

The Red and White return 14 starters from last year’s playoff run, a number that does not include 2018 SLC Newcomer of the Year Jordan Hoy. Behind Hoy, and a veteran offensive line, the Cardinals offense should be strong again this year. Unfortunately for the Cardinals, questions surround the defense which returns only four starters from last year, and none in the secondary.

The Cardinals open the new season against the Wildcats from Bethel – an NAIA program representing the Mid-South Conference. Similar to LU, the Wildcats are also coming off a historic season. Bethel posted a 10-1 record with the lone loss coming in the postseason. One of the highest scoring teams in the nation (NAIA) in 2018, the Wildcats enter the season ranked 16th nationally.

“Bethel is a very good football team,” said Schultz. “They do some really nice things. You are going to get to see first-hand Thursday what we’ve been watching on film. They have an explosive offense and have the ability to beat you in numerous ways. Defensively, they don’t make mistakes and do a great job of keeping things in front of them. On special teams, they bring one of the nation’s top returners into the game so these guys have plenty of weapons.”

Festivities for Thursday don’t begin at kick off, the Cardinals will be hosting several events leading into the game. Tailgating has been revamped to include Cardinal Lane which presents a more fan-friendly element to tailgating with more food, drinks and giveaways. Adrian Michael will be performing live in concert and will kick off the Cardinal Lane Concert Series this season.

Prior to kick off, the ReMax Skydiving Team returns for a second consecutive season landing in the stadium during the National Anthem, which will be prior to the Freshmen Run to lead the Cardinals onto the field. Following the game, LU will also be hosting a firework show to wrap up the day’s festivities.

Tonight’s game will kick off at 7 p.m. from Provost Umphrey Stadium. It can be heard live on Newstalk 560 KLVI and can be seen live on ESPN3.

Mustangs gearing up to chase another district title

WEST ORANGE – There is always excitement about the upcoming season at West Orange-Stark for its fans, not only from... read more